Legislators could legalize the use of Marijuana for recreational use before ballot initiatives even try to later this year.

Representative Ron Hicks, of St. Charles County, presented his bill, dubbed the “Cannabis Freedom Act,” in front of a House committee Tuesday. His nearly 80-page bill would decriminalize the use of the drug and establish other policies relating to marijuana.

Examples of policies include erasing past non-violent marijuana charges and removing a cap on the number of licenses that could be issued to qualified cannabis businesses.

“You want to keep minorities and other people from owning businesses in the state? Pass initiative petition," Hicks said. "How many licenses is that that we give away? And if we put a cap on it, then what's left? How does the minority member of this state open their business in this industry? Show me them now? I only know of a couple of them.”

Brennan England is one of over a dozen people who spoke in favor of the bill. He is the state director of Minorities for Medical Marijuana, an advocacy group for minority businesses.

England said that although he’s in favor of the bill, the section aimed at getting rid of previous non-violent marijuana charges needs to be amended.

“Expungement, as much as it is listed in this bill also needs to have amendments that emphasize that expungement doesn't just end up getting people out of prison," England said. "It ends with repair and actually getting them back into the industry and back into their normal lives.”

The majority of those who spoke against Hicks' bill took concern with certain policies outlined as opposed to the general idea of legalizing marijuana, according to the Columbia Missourian.

Hicks emphasized his openness to making amendments to the bill to meet raised concerns.

Natalie Brown is the director of operations for MoCann Testing. She expressed her concerns over the bill's lack of marijuana testing requirements.

"I can't advocate enough for how important testing is," Brown said. "And I don't see any mandatory requirements outlined in this bill, as written today."

Hicks’ bill has received bipartisan support. It is currently co-sponsored by 13 Democratic and 8 Republican representatives. 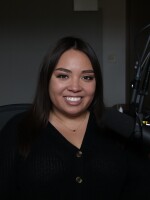