When Kai Freter heard about Senate Bill 775, a law that requires the removal of some books in Missouri schools, they and their mom, Carol Sattler, went to the Daniel Boone Regional Library to look for books that had become targets for removal.

The new Missouri law focuses on protecting victims of sexual assault. But it includes an amendment to a previous law that now bans any visual materials containing “sexually explicit” content in schools — specifically, any visual depiction, from photographic to computer-generated images, that depicts sexual acts or human genitals. The law excludes works of art “when taken as a whole,” that have serious artistic or anthropological significance or are used in science courses.

The law was proposed by state Sen. Rick Brattin, R-Harrisonville, “to protect the innocence of our youth,” he said. “They need to be educated, but they don’t need to have their innocence destroyed at young ages.”

One of the books Sattler and Freter found was titled “Bingo Love,” a graphic novel by Tee Franklin that tells the story of two Black women who met and fell in love at a church bingo in the ’60s. The two are separated by their families and society but are ultimately reunited in their elder years.

“This story is so powerful,” Freter said. “And the only thing that can be considered sexual about it is two people of color kissing.”

The novel also includes vignettes that show women breastfeeding and the two main characters together in a bubble bath, without nudity.

“Bingo Love” was included in a list of 22 books that were removed from school libraries in Rockwood School District in St. Louis County after SB 775 went into effect on Aug. 28.

But Freter and Sattler were specifically looking for “Fun Home: A Family Tragicomic” by Alison Bechdel, which was mentioned by Brattin as one that should be prohibited to kids, along with “Gender Queer: A Memoir.” Both books have images that are more explicit than “Bingo Love.”

“Both copies of ‘Fun Home’ were checked out,” Freter said.

Freter identifies as a gender-fluid, non-binary lesbian, an identity that, for a large part of their life, they have struggled to accept.

“When I was 6, I developed feelings for one of my friends that were not just platonic, and I felt terrified. I hadn’t heard of anyone being gay before, or of any words used to describe my feelings,” they said.

At the time, Freter knew nothing about books that had any characters who were LGBTQ+.

“I know it would have made a world of difference if I had seen myself represented. The fact that I didn’t even know the words for being gay, let alone see any representation for myself, was incredibly difficult,” they said.

Freter said they have now found literature where they see themselves represerockwoodnted.

“These books are so necessary,” Sattler said. “A lot of people don’t realize how important representation is. From my perspective as a parent, I think not having these available left Kai feeling very wrong.”

Since SB 775 passed, school staffs across the state have begun to review books as the amendment criminalizes “any person affiliated with any public or private elementary or secondary school” for distributing said materials to students with a Class A misdemeanor (up to one year in jail and a $2,000 fine).

Attempts to challenge and ban books have taken an unprecedented rise in the past 20 years, the American Library Association (ALA) reported in the context of “Banned Books Week,” an annual event celebrated the last week of September that honors the freedom to read and “brings together authors, librarians and scholars to share perspectives on censorship,” according to the association.

While efforts to ban books are on the rise nationally, experts and advocacy groups have also grown concerned about the impacts of censoring materials from school-age kids.

PEN America, a nonprofit organization that works to defend freedom of expression and human rights nationally and worldwide, released an index list of school book bans that showed trends of book banning in the U.S. from July 1, 2021, to March 31, 2022. The index listed 1,586 instances of individual books being banned, with 1,145 unique titles affected.

According to the report, books that deal explicitly with LGBTQ+ subjects, and have protagonists or secondary characters who belong to the LGBTQ+ community, “have been a major target in the current wave of book bans,” with 379 titles (33%) reflected in the index, “including a distinct subject of 84 titles (7%) that deal with transgender characters and topics.”

Shira Berkowitz, senior director of public policy and advocacy for the state’s LGBTQ+ advocacy group PROMO, said they believe the new Missouri law will result in districts largely focusing on banning stories and authors of sexual and racial minorities.

“Not only through this law, but through many conversations and bills he has filed and attempted to pass this past year, (Brattin) has displayed his own growing bigotry towards not just real LGBTQ+ people, but characters who might help children discover their own identities, and making it clear that we shouldn’t be providing students with materials that allow them to express and understand who they are,” Berkowitz said.

Tom Bastian, deputy director of communications for the American Civil Liberties Union, said in an email that “across the nation, including in Missouri, students’ and educators’ First Amendment rights are under assault by extreme, organized efforts to silence viewpoints and perspectives of marginalized communities by advocating for the removal of books featuring non-white and LGBTQ+ authors and protagonists.”

“Access equals equity. Removing books from school libraries and classrooms impacts all students by silencing speech, but it also greatly reduces equity in education by making it more difficult or impossible for students of marginalized communities to access the same information as students who come from privileged backgrounds,” Bastian said.

Jonathan Friedman, director of free expression and education programs at PEN America, said that books can be considered as mirrors and windows, as these give the ability for students to open up, see themselves and help others see across lines of difference.

“Historically, a lot of books in schools have not represented the diversity of human experiences, whether we’re talking about books with protagonists of color or books with LGBTQ+ stories, and those are the books that are overwhelmingly being targeted,” he said.

“What these books do for students is profound for a lot of people. Books in school libraries can be a lifeline for those students, and that can open young people’s eyes to the real world, so why are politicians putting so much pressure on schools to deprive students of that opportunity?” he said.

The Department of Elementary and Secondary Education (DESE) has advised local school leaders to “work with their legal counsel to review existing policies and procedures, as needed, to ensure compliance with new and existing laws,” according to an email from the department.

The advocates agreed that one of the biggest long-term problems with this type of legislation is that teachers and librarians will choose to “err on the side of caution” when selecting books to teach, instead of selecting materials with the students’ best interests in mind.

“By looking at a book that looks valuable, but there’s a sex scene somewhere in there, maybe they won’t choose it and will think, ‘Who wants the hassle of getting the book challenged? What if I have to start teaching a book and then stop teaching it?’ That’s the main concern that we have,” said Gordon Danning, youth free expression program coordinator for the National Coalition Against Censorship. “Instead of thinking about what’s the best book for my students, they’ll think ‘What’s the best book that won’t be challenged?’”

Friedman said what is most concerning, particularly about the new law in Missouri, is that some school districts in the state have been removing books preemptively from school libraries. “These are books that librarians thought would be useful to students,” he said.

Berkowitz is concerned about books being banned “as librarians, educators and administrators are trying to protect themselves against punishment, and it sets a dangerous precedent when politicians censor books simply because they don’t like them,” Berkowitz said.

“One of these books is called ‘Let’s Talk About It: The Teen’s Guide to Sex, Relationships, and Being a Human.’ Why is such a book being removed preemptively without anybody ever objecting to it?” he said. “It is only out of these incredible fears that have developed of punitive retaliation or threats of lawsuits against schools teachers or librarians for breaking these laws.”

Friedman clarified that what Missouri has done is update an existing law that initially referred to “obscene” material. “This is making everybody nervous, as of course, it’s designed to.”

Berkowitz is concerned about books being banned “as librarians, educators and administrators are trying to protect themselves against punishment, and it sets a dangerous precedent when politicians censor books simply because they don’t like them,” Berkowitz said.

Bastian said that school libraries “follow nationally, well-established standards for selecting appropriate material that would meet the exceptions under the law.”

“It is unconstitutional for Missouri’s lawmakers to threaten teachers and librarians with criminal offenses for observing students’ First Amendment rights, and for schools to remove books using this law as a pretense,” he said.

Friedman said that new ways might come up about censoring and “controlling what schools are able to do and how they are able to give students the opportunity to learn about the world.”

“I think we have seen a lot of creativity, and I do fear that we may see more of that,” he said. “That could come to more states and in new ways, especially as the new legislative calendar approaches.” 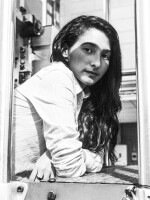 Valerie Nava
Valerie Nava is a graduate student at the University of Missouri School of Journalism. She is a social justice reporter for the Columbia Missourian.
See stories by Valerie Nava