After almost 10 years of high-profile court battles and an international media campaign led by his family and friends, Ryan Ferguson is free.  The Ferguson family members and supporters greeted him at Columbia’s Tiger Hotel Tuesday night, following his release.

The Missouri Court of Appeals issued a bond order Tuesday releasing Ryan Ferguson from his near decade-long imprisonment at the Jefferson City Correctional Center.

Ferguson was released officially from Boone County Prison after being transferred hours earlier from the Correctional Center. Ferguson, along with his family and attorneys, spoke at a press conference Tuesday night at the Tiger Hotel.

“I can get back to living my life, though I don’t know yet how that will feel…I was kind of scared about what would happen next. I didn’t know this morning I would be here tonight, I didn’t know anything, I didn’t know the next step at all,” Ferguson said.

Ferguson said he was able to make it through his sentence in part because of advice he had received from his father.

“Living in prison, you have to stay level headed…from day one my dad always told me, 'you  got to be stronger, faster, smarter.' Since then I’ve wrote a book about that actually. It’s mostly done, it’s about some of my journey, it’s not all about prison. I wanted to see if I could write a book,” Ferguson said.

Writing a book was one of the ways Ferguson worked to keep his body and mind sharp so he would have opportunities when he was released.

While he is unsure of his long-term plans, Ferguson joked that he planned a visit to Dairy Queen with his family in his immediate future Tuesday night.

UPDATE: 9:25pm KBIA reporters took photos and video of the moments leading up to Ryan Ferguson's release and press conference.

UPDATE: 6:00pm: Ryan Ferguson is released from the Boone County jail. His family is set to hold a press conference at the Tiger Hotel in Columbia at 7:00pm.

UPDATE: 4:21pm: Here is the bond order that allows Ryan Ferguson to be released from prison.

UPDATE 4:03pm: Ryan Ferguson's father, Bill Ferguson, told reporters outside the Jefferson City Correctional Facility that his son would be transported to the Boone County Courthouse Tuesday afternoon where he would be released before 5:00pm Tuesday. KBIA reporters are in the field today and we will have the latest here and on the air.

"After studying the appellate court’s opinion in Ferguson v. Dormire and carefully reviewing the remaining known evidence in the case, the Attorney General’s office will not retry or pursue further action against Ryan Ferguson at this time."

Assistant Missouri Attorney General Susan Boresi was appointed as the special prosecutor on the case on Friday. It is not yet clear when Ferguson will be released from prison. In it's decision that vacated Ferguson's conviction in the 2001 murder of Columbia Daily Tribune sports editor Kent Heitholt, The Western District Court of Appeals said the state must either express its intent to re-try Ferguson or release him.

Check out our story on the original court ruling and our list on the confusion of the laws surrounding it. And in this week's Intersection, we sat down with Ferguson's father Bill to discuss the Brady Violation the court ruled on. 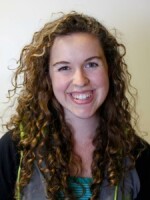