“The quantity of students that we have are at all-time highs: 77,000 students. The quality of the students, as measured by their ACT score, now averages 26, which also is an all-time high,” Wolfe told “St. Louis on the Air” host Don Marsh. “The financial condition of the University of Missouri System is decent. Decent relative to our balancing the revenue and the expenses with the challenges that we have of keeping tuition low.”"St. Louis on the Air": Tim Wolfe discusses issues facing the University of Missouri System.

In the past, the majority of the funding for the St. Louis, Rolla, Columbia and Kansas City universities came from the state. Now the majority comes from tuition, Wolfe said.

“Our funding challenges from the state are still there,” Wolfe said. “We’re working with the General Assembly and the governor and trying to increase the funding year-over-year, as well as funding on specific projects, be it maintenance and repair or our build-out of our medical school to provide medical residents for southwest Missouri and the Cox-Mercy partnership.”

The medical school project is part of a $10 million effort to add doctors to southwest Missouri. The university added eight students to its medical program, who will then complete residencies with CoxHealth or Mercy Hospitals in Springfield, Mo., “with the intent of them eventually employing those medical students down there,” Wolfe said. That $10 million, however, is being withheld by Gov. Jay Nixon.

“It’s a good idea, but I think it’s important for folks to realize that we balance our budgets here. We only have so much money,” Nixon told Springfield TV station KY3 earlier this month. “The budget passed by the Missouri legislature last year was over half a billion dollars out of balance.”

Nixon said the medical school program will eventually be funded, but did not provide a timeline for that funding.

“We’re resource-constrained as a state,” Wolfe said Thursday. “We’re not seeing the growth in tax collections that other states have seen, and that growth is because the income tax, which is the biggest sliver of our pie, is not growing. That is a product of not seeing the increase in jobs post-recession that some other states are seeing. When you’ve got a pie that’s not expanding to cover just normal costs of Medicaid and K-12 and higher ed and prisons and all that stuff, then it puts pressure on the services that the state can deliver to institutions like the University of Missouri System.”

The system’s Board of Curators will vote Feb. 5 on a tuition increase. In meeting last week, Wolfe proposed a 1.2 percent for in-state students and 3 percent for out-of-state students for the 2016-17 school year. On Thursday, Wolfe said he expects the curators will approve an increase that keeps up with the consumer price index, about 0.8 percent.

“If you can’t get more efficient and you can’t see additional funding from the state, or you can’t get enough donations from your alumni and your supporters, then over 50 percent of our revenue is tuition-based, so you have to pull that tuition lever,” Wolfe said.

In 2014, two college athletes sued the NCAA over compensation for the use of their names and likenesses on merchandise. Since then, the NCAA announced it will give schools more freedom in how they run their sports programs, including an option for player stipends and increased financial aid.

The NCAA determined that athletes can be compensated up to $5,000 per school year for the “true cost of attendance,” Wolfe said. At the University of Missouri–Columbia, that could soon mean a $3,000 annual stipend for student athletes attending on a full-ride scholarship. For those with partial scholarships, the stipend would be cut: If the scholarship covers 20 percent, then the player would be eligible for 20 percent of that $3,000 stipend, or $600.

“We call them student athletes for a reason, and it’s in sequence for a reason,” Wolfe said. “It’s not athlete students. There are some schools, some programs, that might get confused. We’re not confused at any of our four campuses.”

Wolfe said the stipend could go into effect as early as this fall.

Wolfe said he appreciated the president’s support of higher education, but would like to make a few changes to the plan.

Even better, Wolfe said, use that money to bolster high school programs.

“One of the challenges that we have in four-years is that we are remediating students to prepare them for a successful college experience,” he said. “That means we are investing a lot of dollars trying to get them to the fundamental foundation level of math skills that should have been picked up in the high school years, or reading and writing. That remediation expense that we have to prepare them for college is a concern.”

“St. Louis on the Air” discusses issues and concerns facing the St. Louis area. The show is produced by Mary Edwards and Alex Heuer and hosted by veteran journalist Don Marsh. Follow us on Twitter: @STLonAir. 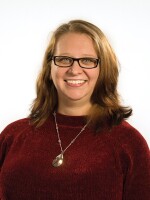 Erica Smith
Erica Smith is an online producer of "St. Louis on the Air" and "Cityscape." Erica has worked in newsrooms in Indiana, Washington and Missouri, including the St. Louis Post-Dispatch.
See stories by Erica Smith
Related Content