‘There is no safe blood level, and lead can be harmful to human health – even at really, really low levels.’

Madison County has been dealing with lead-concentrated soil for decades and children living around mine waste areas have had elevated quantities of lead in their bloodstreams.

Kurt Limesand is the EPA Region 7’s remedial project manager for the Madison County Mines Superfund Site, and Cory Kokko is with the Agency for Toxic Substances and Disease Registry

They spoke about the history of blood-lead contamination and how it still impacts children today.

Kurt Limesand: Well, the Old Lead Belt and lead contamination issues throughout the Lead Belt became apparent to the EPA starting in the 90s based on a variety of events, including some mine pile collapses.

But in the case of Madison County, it was reports of elevated blood-lead levels in children in Madison County that caught the EPA’s attention.

Cory Kokko: So, there are areas of Missouri that have entire counties that are superfund sites. With that in mind – there’s a lot of lead in the soil. There’s some lead in the water, and, you know, lead, dealing with potential lead exposures can be really scary and stressful, especially for parents.

"One of the challenges we have is that lead is invisible, and the effects of lead are not immediate and not apparent. So, it's difficult for people to ascribe a one-to-one relationship between exposure and potential health outcomes."

Of course, as parents, I have two small children as well, and we wanna be able to protect our kids from the harmful effects of lead exposure.

So, there is no safe blood level that has been identified for young children and lead can be harmful to human health – even at really, really low levels.

And some examples of that is that it can cause damage to the brain and nervous system. It can slow growth and development. It could cause learning and behavioral problems, hearing and speech problems. And that can cause things like lowered IQ, and so, this is potentially even at really, really low levels.

For example, if we’re talking about a baby, an infant that is on maybe formula, then that baby – if that water that is coming from the tap or coming from a well water, is contaminated with lead – then that baby is going to be at a lot more risk than, say, an adult because of their size, right?

And then also, kids put everything in their mouth, right? So, that could also include soil, and my youngest was a dirt eater.

Like he would actually, like, take dirt and put it in his mouth and he would have a full-on dirt beard. And sometimes that behavior can be really extreme, and we call that pica, where kids eat a lot of dirt.

Or, sometimes, they’re just putting everything in their mouth just to try things and sucking on their fingers. But if that lead is on your hands, then you’re also transferring that, and so that’s why we’re really concerned about small children.

Kurt Limesand: I think one of the challenges we have is that lead is invisible, and the effects of lead are not immediate and not apparent. So, it’s difficult for people to ascribe a one-to-one relationship between exposure and potential health outcomes. 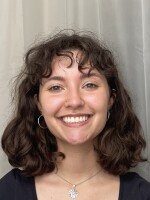 Sofi Zeman
Sofi Zeman is a senior studying print journalism at the University of Missouri.
See stories by Sofi Zeman