Traffic stop data released by the Missouri Attorney General's office shows a disparity between black and white drivers in Columbia, but not everyone agrees as to what the numbers mean.

Black drivers in Columbia were pulled over at a rate almost four times higher than white drivers in 2016.

Some local groups, like Race Matters, Friends, say this is clear evidence of racial profiling and called for changes in the police department. Some have even called for the resignation of Police Chief Ken Burton, who has voiced skepticism about the traffic stop data.

The Columbia Missourian’s Katherine Reed and Noah McGee spoke in-depth with Burton to get his take on the data and how the department can be improved.

To see a longer version of the interview with Burton, visit ColumbiaMissourian.com. 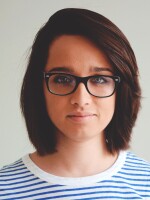 Beatriz Costa Lima
Beatriz Costa-Lima is originally from São Paulo, Brazil, and is a student newscaster at KBIA. She is a graduate student at the Missouri School of Journalism studying documentary journalism.
See stories by Beatriz Costa Lima
Related Content