YouTube says it's banning hateful and extremist speech from neo-Nazis, white supremacists and terrorists.  But that's a tough task.  And in the past few days, the social media giant has also taken down videos -- at least temporarily -- from people fighting hate speech by quoting some of the perpetrators.  Is the solution to bad speech really less speech?

Erin Shulte, Traffic: “A Miracle in Minneapolis -- How the Star Tribune became the most successful metro paper in America — a decade after going broke,” June 6, 2019

Looking Back on Tiananmen

Michael Slackman, New York Times: “It’s Easy for Leaders to Make Promises After Disasters. But What Happens Next?,” June 10, 2019

Simon & Garfunkel to the Rescue

Tiffany Hsu, New York Times, “Volkswagen, With New Ads, Wants to Put Its Cheating Past Behind It,” June 5, 2019

David Kiley, Forbes: “VW Goes Back To The Future In New Ad Campaign To Put Dieselgate in Rear-View,” June 6, 2019 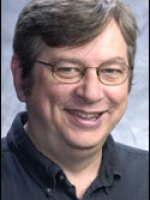 Mike McKean
MIKE MCKEAN directs the Futures Lab, the experimental newsroom and technology testing center of the Reynolds Journalism Institute. He founded the School's Convergence Journalism program and serves on the MU Information Technology Committee. McKean is a leader in the School's partnerships with Apple, Inc., and Adobe Systems to transform journalism education through pervasive computing. He is a frequent trainer and guest lecturer at top media companies and universities in China, has helped establish convergence journalism programs at Shantou University and Moscow State University, and has conducted Internet workshops in the United States, the Russian Federation and Albania. McKean has been honored with the William T. Kemper Fellowship for Excellence in Teaching and the MU Faculty-Alumni Award. He earned a bachelor's degree at the Missouri School of Journalism in 1979 and a master of arts in political science from Rice University in 1985. McKean has served on the J-School faculty since 1986.
See stories by Mike McKean
Related Content