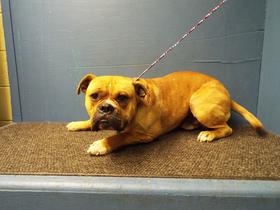 Due to budget constraints, in 2012 Greene County changed the area to which it responded to nuisance animal calls.  But after citizens approved a ½ of one percent sales tax in November 2017, animal control services were restored Sunday to the unincorporated urban service areas of the county.

According to county officials, around $200,000 a year will be used to fund one full-time and one part-time animal control officer and equipment.

An urban animal control boundary has been re-established that generally includes the populated areas around Springfield city limits.  Animal control officers will respond to calls within that area, but outside of it they’ll only respond to dog bite incidents.

Dog bites and other dangerous situations will be prioritized when receiving calls for service, according to the county, and wait times for stray or lost dogs may be lengthy, especially in the warm months, which tend to be busy.

For help with an unsafe situation citizens should call 911. For other issues, such as missing animals or stray animal complaints, contact Animal Control at 417-833-3592.

Animal Control Services are under the Springfield-Greene County Health Department.