The art of inclusion: Crafting opportunities for artists, actors and athletes with disabilities | KBIA

The art of inclusion: Crafting opportunities for artists, actors and athletes with disabilities

The Living Arts Studio in Maplewood has become the default location for many budding artists in the St. Louis area. Artists often meet at the studio to work on projects that will be sold and displayed at galleries around the area, including at the St. Louis Art Museum and the University of Missouri — St. Louis.

The studio focuses on inclusion, specifically for creative people with disabilities. It is part of VSA Missouri, the state organization that promotes inclusion in the arts. It is also an affiliate of the national John F. Kennedy Center for the Performing Arts.

“My personal mission is to make sure this artwork is seen as valuable and also competitive,” said Gina Alvarez, executive director for VSA Arts Missouri. “It is viewed as contemporary work, being able to compete with any number of artists that are in St. Louis with or without a disability.”

Listen
Listening...
/
Advocates and artists are working to make sure diversity extends beyond race and gender to include those with disabilities. St. Louis Public Radio's Chad Davis reports.

Alvarez is proud that the program fosters inclusion and alows the artists to see their work on display while the artists also earn money from their work. She's also worked hard to create connections with arts and entertainment groups to eliminate stigmas associated with disabilities. That work is far from finished.

“I have been told by a number of people that I know closely with disabilities that St. Louis isn’t doing as good of a job as it could be,” Alvarez said.

Lack of inclusion is not only a St. Louis problem, or one associated only with the creative arts. Statistics indicate it extends into the mass media. A 2017 study by the University of California Annenberg School for Communication and Journalism showed that 2.7 percent of top grossing films in 2016 featured characters with disabilities. 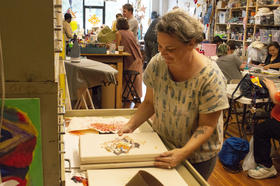 Now a St. Louis man is hoping to join a small group of inclusive talent agencies by starting his own.

Nebula Talent Group began as an idea for Will Bubenik in 2017, with an aim to launch this November. His goal is to create opportunities for actors and athletes with disabilities. Inspiration came from his older siblings.

“My two brothers, Barrett and Fritz, are on opposite ends of the autism spectrum and my sister, Heidi, has Down syndrome,” Bubenik, 22, said. “My sister loves to sing and dance. My brother Barrett loves to act, and so those are really telling signs to me that really inclusion can be amplified through sports and entertainment.”

Bubenik is signing clients from the sports and entertainment worlds, including Sean Reyngoudt, a surfer and amputee. Nebula is based in Philadelphia, but Bubenik’s goal is to make sure the agency serves clients around the country.

Bubenik says lack of inclusion is only one part of the problem. The other part is making sure the stories of disabled people are not simply fodder for entertainment or prompts for pity. 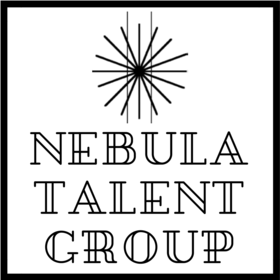 “Disability has often been perceived as a charity case and not as a bottom line, revenue generating component of an organization,” Bubenik said.

Imani Barbarin, the founder of the blog Crutches & Spice, also sees problems with inclusion of people with disabilities as well as portrayals in the media and entertainment.

Barbarin, who has cerebral palsy, is frank about the disturbing trend she sees in the portrayal of people with disabilities as well as lack of inclusion. Barbarin started the popular hashtag #distheoscars during the 2018 Academy Awards. The hashtag was made to protest the lack of Oscar nominees and winners who had a disability.

“I kind of started the campaign with that in mind and really wanted to hear from disabled people,” Barbarin said. “ What are some of the representation of disabilities that they are familiar with, what kind of defined their childhood and what kind of happened once they learned that Hollywood kind of wants our stories but really doesn’t necessarily want us.”

Barbarin talked about these issues at length in Bubenik’s podcast, Born To Shine. In particular, they discussed the portrayal of a woman who is deaf in the movie The Shape of Water. The actress who played the lead character is Sally Hawkins, who is not deaf. Actress Marlee Matlin won the Academy Award for best actress in 1986 for "Children of a Lesser God" and to date is the only deaf performer to have won this award.

Bubenik began the podcast as a platform for conversations with advocates and professionals who are making a difference in how the arts and entertainment communities address disabilities and people with disabilities.

“Disabled people are part of every single minority,” Barbarin said. “To think that it’s one group of people who experience it is inherently false and it undermines the push for diversity in the first place.”

According the U.S. Census Bureau’s American Community Survey for 2016, about 12.8 percent of non-institutionalized persons, male or female — all ages, all races, regardless of ethnicity, with all education levels — reported a disability.

Bubenik says that as the population ages, “everyone” will eventually experience a disability. His goal is to make sure efforts to foster diversity in the arts, sports and entertainment don’t exclude people with disabilities.