A move to abolish the death penalty in the Show-Me State is getting a hearing before a Missouri Senate committee.

Senate Bill 816 is sponsored by Sen. Paul Weiland, R-Imperial. He told the committee on general laws that being a pro-life Republican should also include the end of life.

"When I got involved in public life, one of my motivations was defending human life," Wieland said. "So to me it made logical sense, in order for me to be congruent with my conscience, that I would in fact be against the death penalty, and even further, I would work to try to end the death penalty here in the state of Missouri."

Weiland also argued that the death penalty does not make Missouri, nor the rest of the United States, look good in the eyes of the world.

"America right now executes more people than any country, except for China, Iran, Iraq and Saudi Arabia," Wieland said. "Those aren't necessarily countries I think you'd think of when you talk about human rights, freedom and justice." 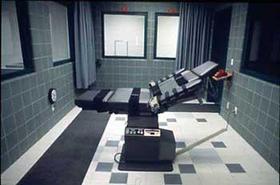 Several people testified in favor of the bill, including Nimrod Chapel, president of the NAACP's Missouri state conference. He told the committee that the death penalty in Missouri is disproportionately pronounced against African Americans.

"If you murder a white person, a white woman in particular, you're nearly 14 times more likely to get executed than those who murder black men," Chapel said. "The slogan that you hear, that 'Black Lives Matter,' is directly in response to this kind of disproportionate application of state law."

"As of 2005, there were 46 prisoners under sentence of death in Missouri, (and) of those 46, 24 were white and 22 were African American," Richardson said. "Based on the murders committed, not the population statistically, but who's committing the murders, there appears in our state to be no disparity."

Richardson, speaking on behalf of the Missouri Association of Prosecuting Attorneys, also testified that the death penalty not only protects the public, but staff members at state prisons.

"Throwing the death penalty off the table," he said, "I would be forced to tell the victim's family of a murderer of a young man, say, that started as a corrections officer, who's murdered in prison, that we will just send that inmate right back to the prison where he came from, and have no ability to deter our worst offenders from attempting and committing murders against prison staff, guards or other inmates."

The hearing had to recess because the Missouri Senate was scheduled to convene at 4 p.m., and Senate rules forbid committee meetings to occur while the full Senate is in session. The hearing on the death penalty abolition bill is scheduled to resume next week.

The bill's chances of success appear remote, as most of the Republican majority in the Missouri General Assembly support the death penalty, as does Gov. Jay Nixon, a Democrat.