Bledsoe to host last broadcast of Bluegrass for a Saturday Night

Wayne Bledsoe taught at the Missouri University of Science and Technology for 32 years and retired as chair and professor of history and political science in 2002. He later served as general manager of KMST, retiring from that position in 2014. But for nearly 40 years, Bledsoe has been both producer and host of the popular radio show Bluegrass for a Saturday Night. On August 26, Bledsoe will host the show for the last time.

In a recent conversation, I asked Bledsoe to describe his passion for bluegrass music and how it grew over the years. “I grew up in a blue-collar community in North Carolina during the 1940s, a time during which virtually everyone listened to a radio show called ‘The Hillbilly Jamboree.’ At that time, we called bluegrass music, hillbilly music. Because there was no air conditioning, everyone kept their doors and windows open, so we kids heard the music as we played outside. We heard it all the time, and it became a part of our everyday life.”

As a youngster, Bledsoe had a paper route and delivered papers to Dick Nissan, a local band leader, who supported musicians traveling through Winston-Salem. “Most of the early bands lived on the verge of poverty,” Bledsoe recalled, “and every time they came through, they went to Dick’s house. If they were hungry or needed a bath or gas money, they went to Dick’s. Dick would give them whatever they needed, and he let me come over and listen to their jam sessions. I became well-acquainted with bluegrass by visiting with Bill Monroe, Lester Flatt and Earl Scruggs, the Stanley Brothers and most of the first generation of bluegrass artists. They took to me and spoiled me, and I followed their careers and successors. That’s how I came into bluegrass music.”

As an adult, Bledsoe became known as the Blue Grass Classics Professor. He earned his Ph.D. from Michigan State in the Classics, Greek and Roman History and joined the faculty at University of Missouri-Rolla in 1968. Five years later, with construction of the new library and radio station complete, KUMR prepared to go on the air. “They knew they were going to carry NPR news” said Bledsoe, “but realized they ought to do locally produced shows, too. Program Director Mike Morgan was the only one who had enough music LPs to fill a one-hour show, and that music was bluegrass. So the very first show that went on the air at KUMR (now KMST) was Bluegrass for a Saturday Night.”

Mike Morgan left the station in the early 1980s. Bluegrass for a Saturday Night was the number one show at the time, and management asked Bledsoe to fill in for six weeks until they could hire a permanent replacement. That was nearly 40 years ago. 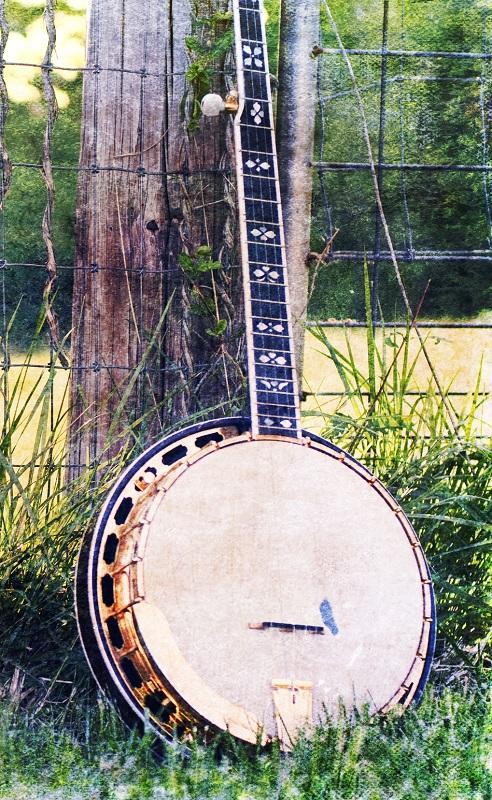 Today, Bledsoe estimates Blue Grass for a Saturday Night reaches 200,000 listeners around the world. They range widely in age. The first letter he ever got from a listener was from an 11-year-old girl. “She said her favorite radio shows were Bluegrass for a Saturday Night and ‘Casey Kasem’s American Top 40.’” Bledsoe, who has kept every letter he received, recalled another of his favorites. “I received a letter from an old-timer who was a WWII veteran. He said that a song I played took him back to when he was a young soldier of 18, getting ready to ship out of New Orleans. He said he was distraught and just trying to get through the evening, so he went over to Lake Pontchartrain and sat on the beach. A Cajun girl came over and talked to him, and there they sat all night. By the next morning, he was ready for his deployment. I have a lot of listeners who are well up into their 80s.”

Another of Bledsoe’s favorite letters came from a preacher down in Lake of the Ozarks who realized the reason his congregants were always late to service was because they were sitting in their cars, listening to Sunday Morning Sounds, the other show Bledsoe hosted. Rather than preach the virtue of punctuality on a Sunday morning, the preacher found it easier to just change the start time of the service to 9:15. Doing so allowed him to listen to the show, too.

The appeal of bluegrass, according to Bledsoe, lies in its ability to say what listeners want to say but don’t know how. “Bluegrass lyrics deal with almost every human emotion. Everyday life. Every anniversary. Every birthday. Love won. Love lost. Weddings. Funerals. Listeners use the music to convey messages to people they want to know things. Every week I’m asked by some listener to choose a song for them. They tell me I’ll know what to say. But that’s bluegrass music. It strikes a note with you.”

Since childhood, Bledsoe has witnessed the rise of bluegrass from a cottage industry in the U.S. to an international success. He credits Lance LeRoy for professionalizing the bluegrass industry. LeRoy, who managed Lester Flatt and Earl Scruggs, invited a small group of bluegrass devotees to Nashville to see what they thought about forming a professional association for bluegrass musicians. “Like the Country Music Association but for bluegrass,” Bledsoe said. “LeRoy thought a professional organization could help expand the genre and educate musicians on business matters. Back in the 40s or 50s, artists would do shows with a handshake and then wouldn’t get paid.” Those conversations led to the formation of the International Bluegrass Music Association in 1985. “The IBMA and its World of Bluegrass Trade Show helped bring musicians together and taught them how to draft contracts and pursue their music as a business.” By the mid-1990s, the IBMA made bluegrass internationally popular as evidenced by the growing popularity among professional Japanese and Russian musicians. One was Japanese fiddler Shoji Tabuchi. After playing at the Grand Ole Opry in Nashville and touring with several country music greats, Tabuchi established his own theater in Branson, where it remains a popular venue.

As a founding member of the IBMA, publisher of Bluegrass Now magazine and a radio producer/host, Bledsoe’s fame as a bluegrass expert grew, too. “One time, I got a call from the BBC,” he said. “They wanted me to explain the bluegrass phenomenon in a 30-minute live show, so I did. A couple of years later, I was emceeing a show down in Eminence, Missouri, and one of the organizers ran over and gave me a note. Call Dan Rather, it said, and had a phone number on it. I just thought it was my buddies from the History department playing a joke on me, so I put it in my pocket. After the show, I called the number, expecting one of my buddies to answer, but Dan Rather picked up on the first ring. He was then the CBS news anchor and wanted to do a show on bluegrass. So, I spent the evening talking to Dan Rather about the international appeal of bluegrass.”

Bledsoe describes the growth of bluegrass as phenomenal and its influence on other musical genres, undeniable. “In the mid-90s, Ralph Stanley celebrated his 50th anniversary with the Grand Ole Opry. They wanted me to read some of the letters that had come in to congratulate him. One came from Paul McCartney who thanked Ralph for helping the Beatles establish their career. McCartney said they were doing shows every night and realized they’d have gone crazy playing the same song the same way every night. They modeled their shows on Stanley’s practice of improvisation. Ralph stood there listening to McCartney’s letter, and after I finished reading it, he said, ‘Well, Mr. McCartney, I don’t know who you are, but I know by that letter that you are fine young man.’” Bledsoe chuckled. “Ralph Stanley had no idea who Paul McCartney or the Beatles were. It’s amazing how other bands have come up listening to and learning from bluegrass.”

When I asked how fans of Bluegrass for a Saturday Night have taken the news about his departure, he said he’s been getting a lot of email from listeners who will miss him and the show. “And I’ll miss it a great deal, too,” Bledsoe added. “But you know, there’s a time and season for all things, and it’s time to step down. It’s coming up on close to 40 years that I’ve been doing this show. My wife and I have had no social life on the weekends for 40 years. Every Saturday night and Sunday morning, I was committed to bluegrass music. So maybe we’ll start doing some dating.”

Fans can listen to Bledsoe’s last broadcast of Bluegrass for a Saturday Night on August 26 from 7 to 10 p.m. CST. Listen live at KMST 88.5 FM in Rolla and 96.3 FM in Lebanon, Missouri. Or listen online at www.kmst.org.