Blunt, Biden talk about boosting health-care research ahead of State of the Union speech

While U.S. Sen. Roy Blunt, R-Mo., clearly has his philosophical and political differences with the president, last night he praised Barack Obama’s plan to embark on a major effort to cure cancer and boost medical research. The president is putting Vice President Joe Biden in charge of what he calls “mission control” of that effort.

Last year, after losing his son Beau to brain cancer, the vice president said that with a “new moonshot” America could cure cancer. The president agrees and made boosting medical research one of the biggest proposals in his speech.

Blunt chairs the committee that oversaw a roughly 7 percent boost in funding for the National Institutes of Health for this fiscal year. The increase lifts NIH funding to $32 billion, the first significant increase in 12 years.

The president credits Biden with helping to make that increase possible, and Blunt says he spoke with Biden earlier Tuesday about what Blunt thought Biden could do “to make that not just a one-year event.” After the speech, Blunt told St. Louis Public Radio, “I was of course pleased to hear the president mention the importance of that kind of investment to the people and, frankly, to the taxpayers.” 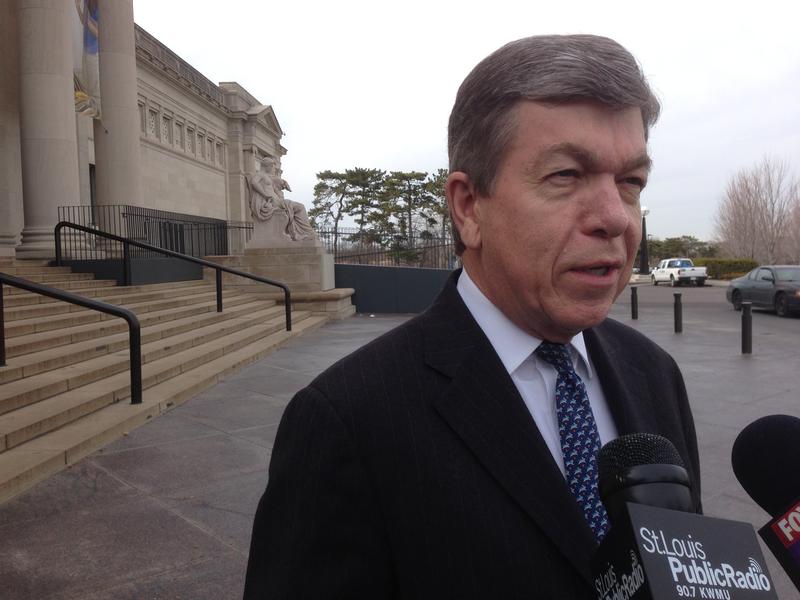 Blunt sees medical research potentially saving taxpayers big money over the next several years. In new figures that Blunt says he confirmed Tuesday, he says the cost to treat Alzheimer’s alone in 2050, will cost Medicare $1.2 trillion in today’s dollars. That is roughly the same amount Congress approved in the entire omnibus spending package for the federal government through the end of September.

On other issues though Blunt differs with the president. The senator points to “executive overreach” and bureaucratic regulations Blunt says tangle businesses and stifle job growth. “I have a hard time listening to this president talk about regulations that don’t make sense and cutting red tape,” Blunt said. Obama told lawmakers last night that he was open to cutting federal regulations.

Blunt is highly critical of several of the administration’s new rules on power plants, clean water and employee relations with franchise business owners.

Blunt also differs strongly with Obama on confronting ISIS and terrorism in general.

“You know, the president can say whatever he wants to about (how) terrorists attacking people won’t destroy the country, but it really can destroy our way of life.” Blunt says recent attacks on so-called “soft targets” in Paris -- including a music concert, restaurants and a soccer game -- cause the kind of fear “that dramatically impacts who you are.”

He says Obama “is not as conscious as he should be of the daily life impact of fear of terrorists and terrorist activity.”

Rep. Emanuel Cleaver, D-Kansas City, says he hopes lawmakers listened closely to the president’s comments on the divisiveness in politics. “I think the president was at his best … although he probably didn’t give us any lines that will end up in history books, but he did do what no other president has done as well and that is to really seriously speak to Congress about the tone we have established and about how damaging that has been to the body politic and he appealed to us to release the better angels inside our political souls.”

Cleaver also says he believes lawmakers can come together on criminal justice reform and more specifically reforming the grand jury system. Near the end of his speech, Obama made reference to all that has followed the events in Ferguson in August 2014. In talking about why he has hope for America’s future, Obama said he sees a spirit in Americans working to perfect our union.

“The protester determined to prove that justice matters, and the young cop walking the beat, treating everybody with respect, doing the brave, quiet work of keeping us safe.”

Cleaver also quickly notes that most of what the president talked about last night will not likely be enacted in the realities of an election year.