Bumpy road ahead for some of Missouri's new constitutional amendments

Of the four constitutional amendments passed by Missouri voters on Tuesday, rumblings have started about legal challenges to three of them.

The most basic parts of Amendment 2 place a $2,600 cap on individual campaign contributions per election to people running for the legislature and statewide offices. It also bars political parties from receiving individual donations exceeding $25,000 per election for state and local races combined.

The measure had been challenged on its way to the ballot. As attorney Chuck Hatfield argued then, “What this constitutional amendment does is it allows investor-owned utilities, such as Ameren (and Kansas City Power and Light), to contribute to PACs, but it prohibits Missouri electric cooperatives, such as my client, from contributing to PACs.” Appellate courts noted that if that particular provision were to be later found to be unconstitutional, the amendment was written so it could be severed from the rest.

But according to Richard Reuben, a law professor at Mizzou, the basic issue of campaign donations could be heading to the U.S. Supreme Court.

The other newly passed constitutional amendment that seems certain to be heading for a court challenge requires that people show a government-issued photo ID to vote. The implementation law for this was passed by the legislature this fall.

The issue here, Reuben says, is how it affects people’s rights: “The question before the Missouri Supreme Court will be, first of all, whether it can review the constitutionality of a constitutional amendment … and I believe the answer to that question is going to be ‘yes’ in light of the existing constitutional right to vote.”

Does the new amendment, in other words, violate an existing right?

But lawsuits aren’t the only obstacle to the new photo ID requirement. No money has been budgeted to pay for such mandates contained in it as providing a state-issued photo ID card, free of charge, to those without a driver’s license. 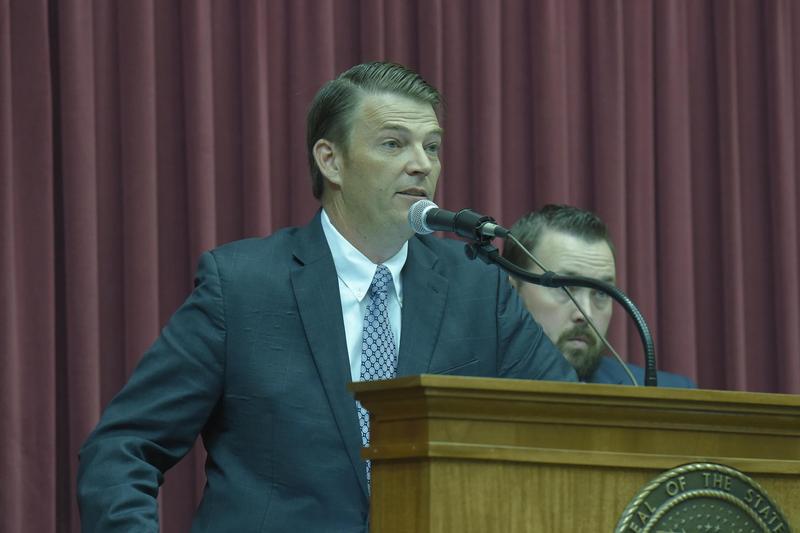 House Speaker Todd Richardson says, “We’re certainly going to fund it. It’s been a priority of this General Assembly for a long time, and it’ll be the mission of the budget chair to make sure that we do that in a timely fashion.”

The cost, however, will be something to watch. The ballot language said the amount needed is unknown, but could “exceed $2.1 million annually.” Missouri AFL-CIO president Mike Louis disagrees: “It’s about 20 million bucks out of the general fund of the state treasury, and going forward in the future years, the cost is unknown – they can’t put a cost on it.”

Even Amendment 4, which bans sales taxes on services such as lawn care, haircuts, and doctor and dental visits, could see a court challenge. Here it’s a matter of definitions. Richard Sheets of the Missouri Municipal League says the concern is with the word “transaction,” which is also part of what cannot be taxed in the future.

“We don’t know what that means,” he said. “And we’re very concerned that the courts will define transactions to scale back items that are currently taxed, and the revenue from those taxes are used for essential public services, and that will bring about in the future a scaling back of public services or raising the property tax to fund those essential services.”

Sheets says they have no plans at this time to file suit, but would support other legal efforts to combat any consequences, such as redefining “transactions.”

Lawyers are not likely to earn any fees working on Amendment 1, which renewed the one-tenth of a cent sales tax for state parks and soil conservation, The popularity of the 30-plus year old tax is clear; it 80 percent of the vote statewide.

It is interesting, however that support didn’t exceed 56 percent in Shannon and Reynolds counties in southeastern Missouri. A new park opened in Shannon County this year that was created out of a former festival site, Camp Zoe. And Reynolds County is in an area that will benefit from legal settlements with lead and zinc mining and smelting. But some of the settlement money went to buy park land in Oregon County. And controversy ensued.

J.C. Kuessner, former deputy director of the state park system, sees another factor: "In those two counties, they have access to land that's unlimited…and so they don't place a value on the parks themselves like the folks in the cities do," he said.  "They do appreciate the state parks, (but) a lot of the folks just have so much access to public land, even their own land, they're satisfied with what they have."