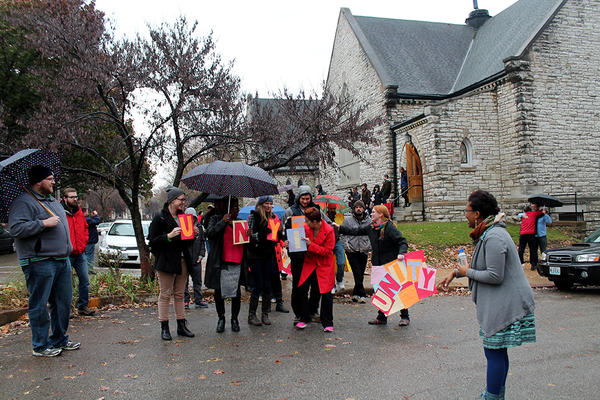 The civil rights anthem “Eyes on the Prize” rang out in the Shaw neighborhood Saturday when a group gathered for a walk to promote racial unity paused beside the memorial for VonDerrit Myers, the 18-year-old who was fatally shot there last month by an off-duty St. Louis police officer.

The group of about 50 sang and prayed aloud beside the memorial before walk organizer Michelle Higgins spoke. She said that it takes everyone coming together to ease racial tensions and overcome differences that divide people.

“My friends and I joke sometimes that we’ll get together and fix racism. We cannot do that (by ourselves),” Higgins said, adding that divisions between people go beyond race. 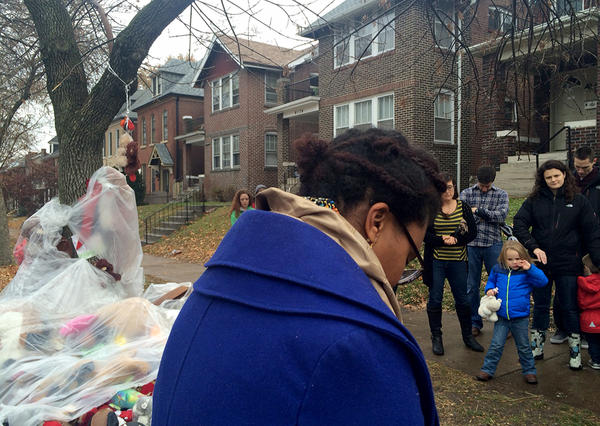 (An earlier version of this story incorrectly identified Higgins as Heather instead of Michelle.)

Higgins is in charge of music and outreach at South City Church in Shaw, where her father is pastor. She said that she and the other organizers first started planning the walk in late September, but delayed it after VonDerrit Myers was killed.

“We knew that somewhere, somehow in this city, people need to know that divisions exist. And obviously we’ve been aware of that since Ferguson on and even before,” Higgins explained, “South St. Louis is one of the most diverse places in the region. I mean, we know that. And we face a lot of problems in our neighborhood. And still, everyone here is really loving and quite neighborly.”

They planned the walk, Higgins said, as a way of demonstrating the area's neighborliness and as a way of fighting the divisions that she said “would otherwise overtake us if we let them.”

Many of the walk participants were from the faith community, like Donna Williams.

Walking along Shaw, Williams said she is nervous about the upcoming grand jury announcement in the Darren Wilson case.

“I’m pretty nervous, pretty scared about the decision that’s gonna be made. And so I think that as a church we should be pulling together and praying, hoping that people will stay on their knees and stay prayerful and not become violent,” Williams said.

Mark Scheer heard about the walk because his band was asked to play at the church when the the walk concluded. But he also said he is intentionally seeking out ways to get to know people who are not like him.

“I find it easy to be isolated from the perspectives of other people, other races, other socio-economic settings. And I don’t want to do that. So I’m trying to get outside of myself,” Scheer said.

Scheer, who is white,  grew up in Shaw but now lives in the West End.

As the walk drew to an end in front of South City Church, the mother of VonDerrit Myers arrived and thanked everyone. 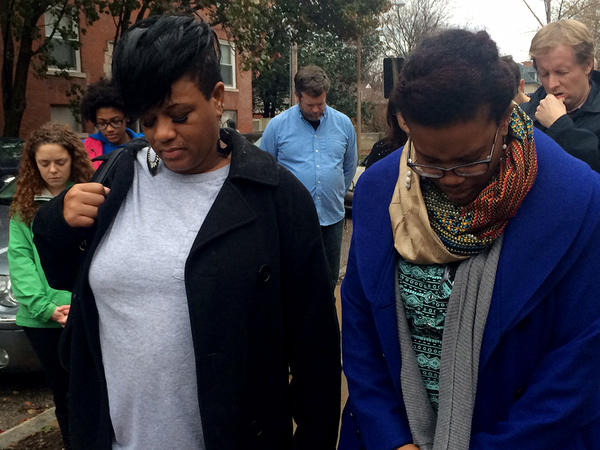 “I just thank you all from the bottom of my heart,” Syreeta Myers said. “You all don’t have to do this, but you chose to. That just lets me know that you all serve the same God that I do. We’re all brothers and sisters in Christ.”

The group responded with applause and an “Amen.”