A Cheat Sheet For Tuesday's Primary Election In Missouri | KBIA

A Cheat Sheet For Tuesday's Primary Election In Missouri

Tuesday is Missouri voters’ first chance to weigh in on statewide primary races — including choosing which Republican will take on U.S. Sen. Claire McCaskill in November — as well as a crucial union-related ballot measure.

What follows is not an exhaustive list of races and issues on ballots around Missouri, but highlights the major statewide issues, as well as a few local races. 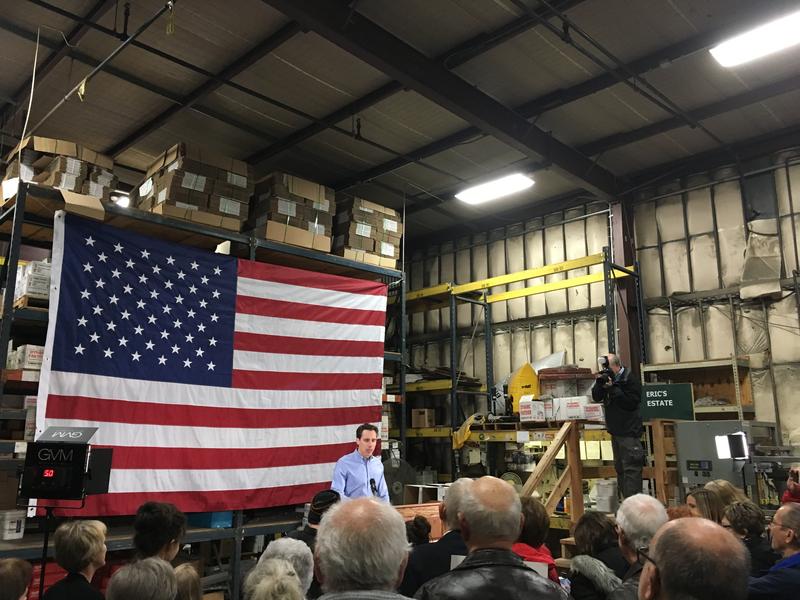 Establishment Republicans’ chosen candidate is Attorney General Josh Hawley, a 38-year-old who’s been in statewide office for about a year and a half. He has the lead in fundraising, as well as in big-name GOP endorsements, including President Donald Trump, and has campaigned on a populist message. Ten other people are on the GOP primary ballot, and two of them, Austin Petersen and Tony Monetti, may be in line to catch the voters who aren’t enthralled with Hawley. KCUR detailed the race, and voters’ feelings, in July.

On the Democrats’ side, incumbent and two-term Sen. Claire McCaskill faces some challengers, but she is expected to win by a large margin. Because of that, she has focused on Hawley, as demonstrated on KCUR’s Up To Date earlier this summer. 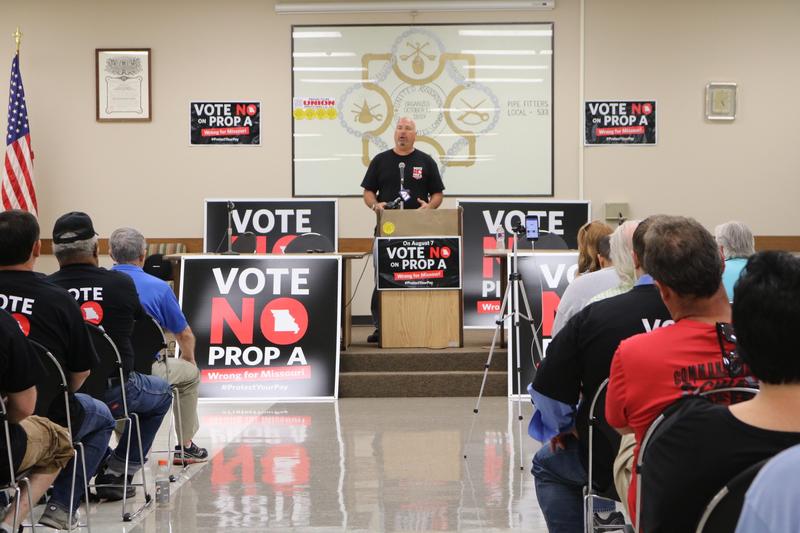 This question, which asks voters to decide whether to ban unions from requiring that workers pay dues, is back on a statewide ballot 40 years after the last effort. Former Missouri Gov. Eric Greitens signed right to work into law last year, but pro-union groups gathered enough signatures to force it to the ballot. KCUR talked with union members and business representatives to find out more.

Frank White’s looking to stay in the office he was appointed to in 2016. Since then, the Jackson County Detention Center’s problems have come to a head. White is being challenged by Matthew Merryman and Jeremy Rains. With no Republican primary, whoever wins the Democratic one will move on to face a Green Party candidate in the fall.

The major race in the greater Kansas City metro area is the GOP primary for Sen. Rob Schaaf’s 34th District seat, representing Platte and Buchanan counties. Schaaf, who is term-limited, backs Harry Roberts. First-time candidate Tony Luetkemeyer is running as an outsider, but is kin to U.S. Rep. Blaine Luetkemeyer of Missouri and Greitens via his wife, who was the governor’s legal counsel.

Several other primaries for Missouri Senate and House seats have candidates who are running unopposed, such as GOP Rep. Kevin Corlew, who is seeking re-election in the 14th District (North Kansas City). Earlier this year, Corlew lost a special election for a Missouri Senate seat to Democrat Lauren Arthur.

Others have challengers but are overwhelmingly expected to win races, such as Republican Sen. Mike Cierpiot, who first gained his 8th District seat (eastern Jackson County) in 2017 with a narrow victory over Democrat Hillary Shields. He’ll face Shields again in November.

Kansas City landlords who don’t take action on serious issues at their properties may have to pay a $20-per-unit annual fee that the city would use to hire inspectors to check out tenant complaints. Opponents of Question One warn it may have unintended consequences. Dozens of cities across the U.S., including neighboring Kansas City, Kansas, already have such laws.

What do you need to vote?

Missouri has had a voter ID law for more than a year. Click here to see what you’ll need to take with you in order to cast a ballot. (Technically, if you don’t have any of the documents, you’ll be allowed to fill out a provisional ballot.) To find your polling place, visit the Secretary of State’s website.

Wait, when’s the next election?

The midterm election will be held Nov. 6. On top of the races described above, there’ll also be a question on whether to raise the state’s gas tax and five ballot measures for voters to weigh in on, including medical marijuana and minimum wage laws. The deadline to register to vote in the general election is Oct. 10.