Democrats across the country are jubilant after the party took a Jefferson County-based House seat that was held for nearly eight years by a Republican.

It’s a morale boost for a state party that’s seen its legislative fortunes evaporate over the past few election cycles. And it’s a win in a county where state Democratic candidates have won before and need to excel in order to win tough elections later this year.

“I really see this for the St. Louis area and for Jefferson County and for Missouri as not just a win in an election, but a win for labor and working families,” Revis said in an interview Wednesday with St. Louis Public Radio. “It’s just so humbling. And it’s just been a great feeling.” 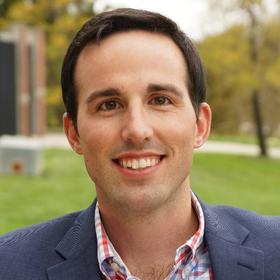 Republican candidates ended up winning three other special elections on Tuesday, meaning the GOP still possesses a commanding majority in the Missouri House. But Revis’ win caught the attention of Democratic National Committee chairman Tom Perez, who said in a statement that Revis’ victory shows that “voters reject a Republican agenda that prioritizes the wealthiest at the expense of hardworking families.”

“Missouri voters deserve representatives who will work together to build an economy that works for everyone, not just a wealthy few, and they can count on Democrats to do just that,” Perez said. “As Mike prepares to serve the people of Missouri, I know he’ll put working families first.”

Some, including Republican political consultants like Scott Dieckhaus, believed that Gov. Eric Greitens’ admission of extramarital affair played a role in the GOP loss. But Revis pointed to backlash over passage of “right to work,” which bars unions and employers from requiring workers to pay dues as a condition of employment. Jefferson County is a traditional union stronghold and McCaherty often voted against legislation that was antagonistic to labor.

“It wasn’t about the governor’s scandals — they really weren’t even talking about President Trump,” said Revis, referring to what he heard when meeting people on the campaign trail. “It was concerns about attacks on the labor community and attacks on our public education system. That’s what people were really fired up about in Jefferson County. I do agree that this wasn’t a Greitens retaliation. This wasn’t a Trump retaliation. This was an attack on labor retaliation.”

State Rep. Peter Merideth, the head of the Democratic Victory Committee, which assists Democrats running for state representative seats, said “right to work” blowback played a major role in Revis’ win. But it wasn’t the only issue at play.

“The incredible presence of labor in that district can’t be understated,” said Merideth. “But I think there’s a lot of people who feel that the Republican majority isn’t representing their values. So they see a candidate like Mike Revis who is from their community, who they go to church with, is advocating for issues that actually affect working families, and just frankly seems like an honest guy.”

Like other Democrats from Jefferson County, Revis said he holds socially conservative views on protecting guns rights and restricting abortion rights. He added that there’s room to have “safe legislation in place, but still honor and respect the Second Amendment.”

“Being pro-life in this area, I was raised Catholic so for me that’s something that I’ve been brought up with and believe in,” Revis said. “But it has to be more than just pro-birth. We have to make sure if that option is taken away that we’re providing resources for mothers and children when they’re born.”

Another person taking notice of Revis win was U.S. Sen. Claire McCaskill, a Democrat who won in Jefferson County during her two Missouri Senate bids. She’ll need a strong showing there, and other suburban areas like St. Charles, Clay and Buchanan counties, in her competitive bid for a third term.

In addition to Revis seeking a full first term, most of Jefferson County’s Republican delegation will be up for re-election later this year — including state Sen. Paul Wieland, R-Imperial. It’s often much more difficult to knock off an incumbent legislator than taking an open seat, especially sitting lawmakers who have more money and name recognition.

“We are obviously happy about the three races we won last night, disappointed in the one that didn’t come in for us, and eager to set our sights on November,” said Robert Knodell, the executive director of the House Republican Campaign Committee, in an email to St. Louis Public Radio. “In each of the four districts that held elections, they either had winter weather or the threat of the winter weather in the days leading up to Tuesday, and that does weird things to turnout and the makeup of the electorate that does turn out.  We knew we couldn’t take any of the four elections for granted.  There will be good lessons to be learned from these elections that will benefit our candidates this fall.”

Knodell also pushed back at the idea that the 97th District was “deep-red territory,” noting that it was perennially competitive.

“Turnout wound up coming in about 1,000 votes short of our projections, and the Democrat had a strong enough ground game to narrowly prevail,” Knodell said. “As happened when we lost special elections in the 2006 cycle, we expect to recapture this seat in November.”

For Merideth, Revis’ race showed that “money wasn’t enough” — pointing to how Republicans spent more money. He also said it was encouraging that Democrat Jim Skaggs came close to winning in 144th House District, which takes in a number of counties in southeast Missouri that went overwhelmingly for President Donald Trump in 2016.

Asked about the national and statewide attention over his win, Revis said he’s heartened by “victory of inspiring other people to do something now.”

“I got a phone call this morning that the number of people that are reaching out and running for something in so many seats that were vacant this last round has just taken off,” he said. ““It’s really humbling to see that this has inspired people that they can make a difference and they can have a voice wherever they’re at.”