A small community in west St. Louis County has just completed the first part of a project to help preserve its history.

All of those papers were previously stored in people’s houses, garages and in a shed behind the city's administrative offices, which are in a rented corner of Frontenac City Hall.

“When I heard about this program, I said it will be the perfect opportunity to get that all out of the shed. All organized,” said Crystal Lake Park City Clerk Angela McCormick.

The city is covering 30 percent of the project, with the rest of the funds coming from a state grant of roughly $700. That might not sound like much, but every dollar is vital to the small community of roughly 500 residents.

“It’s a project we probably would not have undertaken if we didn’t have an opportunity for the grant,” McCormick said.

Grant Program on the Rebound

The grant program initially launched in 1992. It was suspended in 2008 when the housing bubble burst. Funding dropped significantly when home sales stalled because the initiative receives a small amount of money from each deal.

“We had about an eight-year gap,” said Missouri’s director of local records John Korasick.

The revival has helped several communities with record preservation, but the initiative still has not returned to its pre-recession levels. 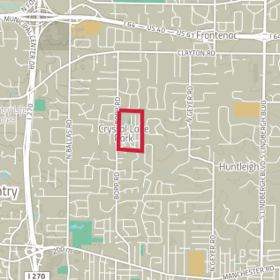 There have been three grant cycles since the state restarted the program, and officials have not awarded all the money that’s been available.

Korasick thinks one reason is that the program “fell out of the consciousness” during the eight-year gap. There has also been plenty of local government turnover during that time, which might have affected the number of people who aware of the grant opportunity.

The state is taking applications for a new round of grants until March 1.

McCormick, who found out about the initiative during a statewide meeting of city clerks, said the funding can play a key role in learning about a community’s history.

“You can see how the city was evolving when you go through all these documents and meeting minutes,” she said.

She his hoping the digital archiving initiative will lead to a more formal project to document the history of Crystal Lake Park, which was incorporated as a village in 1938.