Ferguson picks Miami cop to be next police chief

Ferguson has selected a veteran of the Miami police department to be its new police chief.

The city announced that Delrish Moss was picked from a slate of three candidates. Moss has spent the past 32 years working for the Miami Police Department. 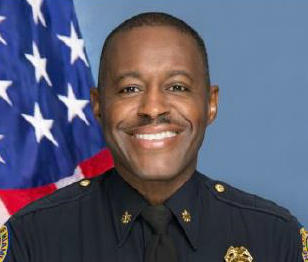 In a statement, Ferguson City Manager De’Carlon Seewood said Moss “exemplifies the type of experience in law enforcement that we believe will enhance the many new programs within the Ferguson Police Department.”

“Our officers have worked extremely hard to implement community policing and community engagement in their daily practices," Seewood said. "Mr. Moss is the right man for the job to continue those initiatives.”

From our earlier story: Interim Chief Andre Anderson left the position in December. He had replaced Al Eickhoff, who took over after former chief Thomas Jackson resigned last year following a scathing U.S. Justice Department review of city's police and courts.
The final candidates include:
The city said it received 54 applications from across the country; city manager De'Carlon Seewood, assistant manager Matt Unrein and human resources manager Patrick Young eventually narrowed the pool to six. Those candidates interviewed in Ferguson before panels of residents, city council members and law enforcement and criminal justice experts.
The top four candidates have been interviewed by members and supervisors of the police department as well as residents. Seewood will then decide who moves onto a final phase and an extensive background check, before a selection is announced in April.
Copyright 2016 KWMU-FM. To see more, visit KWMU-FM.