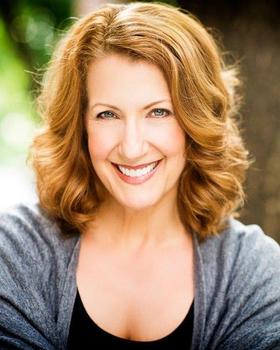 This morning on “Arts News” we got to meet one of the professional Equity actors appearing during this 56th season of Missouri State University Tent Theatre.  Tracy Bidleman has already been seen as Mrs. Vernon-Williams in “Cry Baby the Musical,” and she’ll play the title role in the musical romp “The Drowsy Chaperone” starting July 11.

Originally from Seattle, Washington, Bidleman is a former opera singer, who studied both opera and musical theater performance at University of Colorado-Boulder. She spent 20-plus years on the regional opera circuit both here and in the UK and Scotland, “running around the country, living out of a suitcase,” she says. “When I first started I was doing kind of ‘ingenue’ (roles)—but my look was never an ‘ingenue.’  And I used to get reviews of, ‘Oh, she’s great... but she looks a little older than she should be!’”

One day Bidleman was sitting in a hotel room in Harrisburg, PA while performing with the Harrisburg Symphony, and suddenly realized, “I wasn’t completely satisfied with my life anymore.”  She made the decision then and there to abandon the opera-singer career, and returned to New York.  “I just said, I need a life, I need a husband... I need ‘home.’  That’s really what I was missing, was a grounded home base. So I left, and did other things for almost 15 years.”

Those “other things” included starting a voiceover business (and she still does voiceover work); an interior-design business; and was even a paralegal in a law firm—and worked for the tobacco industry for a decade.

But eventually she got the “itch” to start doing theatrical and/or musical work again. “I aligned myself with a group in New York called the Blue Hill Troupe, which is a charitable organization.  They raise money every year for a different charity by doing shows—both Gilbert and Sullivan and musical theater.  And I did that for several years.”  Bidelman had performed so much Gilbert and Sullivan over the years that she decided to try the musical theater productions instead.  “And I just got bit by the performing bug again.”

She did “The Drowsy Chaperone” with the Blue Hill Troupe in 2013.  “Beth Leavel, who was the original Chaperone on Broadway, and Lisa Lambert, the writer, came and saw the show.  And Beth took me aside and said, ‘Hi--who are you and what are you doing with your life... and why aren’t you doing THIS with your life?’” This inspired Tracy Bidleman to think, “You know, you’ve got the home... you’ve got the husband.  You’ve got all the things you were missing.  Now maybe it’s time to go back and revisit this theatrical expression—but in a different vein.”  In other words, theater and musical theater rather than the very different world of opera and concert singing.  Her husband was extremely supportive, and she started auditioning, and has been on the road—living out of a suitcase!—again for the past four years. “I haven’t stopped working since.”

“Drowsy Chaperone” at Tent Theatre is Bidleman’s first Equity show—she had always held an AGMA (American Guild of Musical Artists) card before.  She calls “Chaperone” “a story within a story” with its tale of an agoraphobic man (known as “Man in Chair”) who lives for his record collection of Broadway shows—his fear of crowds and public places precludes actually attending live performances.  He puts on the album of his favorite show, the 1928 musical “The Drowsy Chaperone.” As the man remains onstage, narrating and offering wry critiques of the musical’s over-the-top song and dance numbers, the characters in the show come to life onstage (in his imagination).  The show they’re performing concerns a famous actress about to give up her stage career to marry an oil tycoon.  The mob is financially backing the show, and make it clear to the producer that their boss doesn’t want the show’s star to quit. So they hatch a plot to seduce the actress with the help of a suave Latin lover... only he first encounters not the actress but her alcoholic chaperone (which is why she’s “drowsy”—or tipsy).  And as Tracy Bidleman says, comic “mayhem” ensues.”

“The Drowsy Chaperone” runs July 11-21 at the Tent. Tickets range from $19-$38 and are available at 836-7678 or 888-476-7849, online at www.missouristatetix.com, or in person at the box office in the Craig Hall lobby or the JQH Arena box office.  For information on the 2018 Tent Theatre season go to tenttheatre.missouristate.edu.