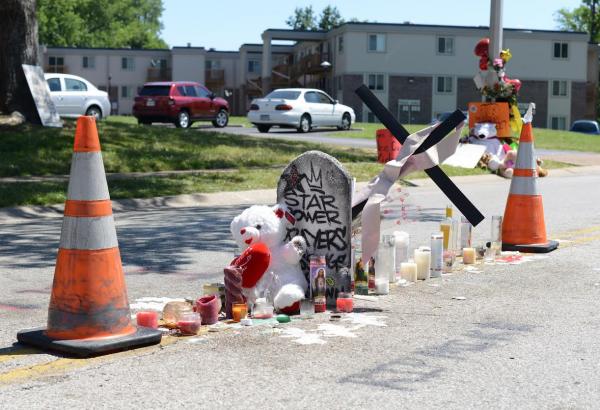 Michael Brown’s death at the hands of a Ferguson police officer placed St. Louis in an international spotlight. In the past week, the region experienced a torrent of anger, unrest, violence and sorrow.

The 18-year-old’s death positioned the world’s camera lens on riveting images of looting, protesting and overwhelming force from law enforcement. Derrick Robinson, the bishop at Kingdom Destiny Fellowship International, contends there’s a longstanding tension within the soul of St. Louis. 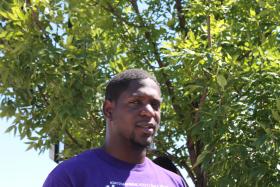 “People are hurt. They’re seeking answers,” Robinson said. “And this is something that’s brewed under fire for so long. And so now is the opportunity for them to speak and to speak now.”

Brown’s death shined a piercing light on St. Louis’ stark racial tension. It revealed a disconnect between people who demand justice for Brown’s death and a slow and uneven government response.

To be sure, St. Louis is not unique here. Bigger cities such as New York and Los Angeles felt what it was like when an unarmed African American was killed by a police officer. That’s part of the reason Juliette Jacobs, who protested earlier this week in Clayton, sees Brown’s death as a symptom of a larger problem. 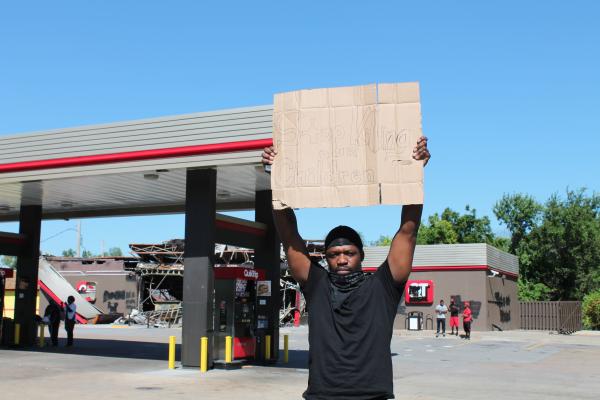 For now, it’s happening in Ferguson. And the events of the past week are exposing some harsh truths. Ferguson’s population is predominantly black. Yet, the city’s police force and elected leadership are overwhelmingly white.

That contrast is a recipe for disaster for Thomas Turner, who participated in protests in front of the Ferguson fire department on Sunday. He said, “It has to be something else underlying that you have these predominantly white police forces patrolling black neighborhoods.”

“It doesn’t make sense that you care enough to be in my neighborhood to kill me, but you really don’t care,” Turner said. “You get on the police force and you don’t make yourself known in the neighborhood, you don’t introduce yourself to the people that you allegedly policing. So it makes no sense.””

Ted Kyles knows this type of situation well. He remembers a time he lived in Pagedale when he went out to buy some bread for his family. Soon afterward, he was stopped by a police officer who was wondering if he had been involved in a robbery in Affton.

Kyles’ response? “How can I get from Affton to Pagedale? I said that’s impossible.”

“This guy had his gun drawn,” Kyles said. “So now, it came over the wire that they had caught the guy. You know, I could have been killed and taken away from my family because of something like this. So I know it happens. You know, a lot of people don’t think stuff like this can happen. But it can happen to anyone.”

There’s also searing resentment over the lack of information about what happened last Saturday. The general public doesn’t know the name of the officer who shot and killed Brown, which Ferguson Police Chief Tom Jackson said was done to protect his safety. 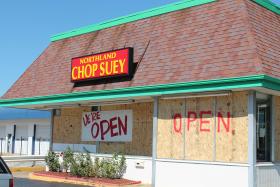 Demands for quick judicial action aren’t likely to be met, especially since state and federal investigations take time to complete.

It’s this type of reality that doesn’t sit well with Anthony Ross, a Berkeley resident who demonstrated in front of the Ferguson Police station earlier this week.

“They keep saying wait for the facts to come out, wait for the facts. Wait for what facts?” Ross said. “What we know is an unarmed teenager was killed mercilessly in the middle of the street. What facts do you need to justify that?”

An added layer to this difficult situation is a generational divide.There’s a palpable difference between the region’s older, established governmental leadership and younger people who pay no mind to them. They were ones this week who were chanting in anger and choking on tear gas.

“I think it’s real messed up that you have all these cops out here that take advantage of their authority and they hide behind that badge and their gun,” Moses said. “They think they can go around just killing people and think nothing’s going to happen to them.”

“I think that’s real selfish and real stupid of them,” he added.

There are no quick fixes here. No governmental decree or judicial verdict is going to erase decades of racial division, economic disparity and general distrust throughout St. Louis. But some are trying to find instructive lessons through a tumultuous time. 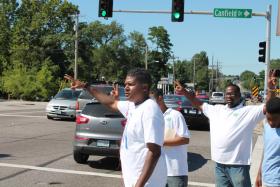 Jackson, the Ferguson police chief, appeared to be embracing that idea at a Wednesday news conference.

“Apparently there’s been this undertow that now has bubbled to the surface. And it’s our first priority to address it, to fix what’s wrong,” Jackson said. “We’re working very closely now with the Department of Justice Community Relations. They’re making recommendations for us for training and things to work and get involved with the community that is at odds with us now and that rebuild that trust and that relationship.”

Natalie DeBose sees an even simpler lesson. The owner of Cakes and More in Ferguson said Brown’s death and its aftermath may prompt people to treat each other with a bit more respect.

It’s hard to say whether Brown’s death will facilitate change within the hearts and minds of St. Louisans. It’s entirely possible that any greater meaning from this week fades as soon as the satellite trucks depart.

What won’t change is this: An 18-year-old man is dead. And his unfulfilled promise is forcing St. Louis to look within itself for answers.

Robinson hopes people make the best of this critical moment.

“I hope people learn in this process that we’ll seek answers and we seek justice,” he said.

This story featured contributions from Maria Altman, Rachel Lippman, Emanuele Berry and Camille Phillips. It is dedicated to the hard work and spirit of the St. Louis Public Radio staff and all of the region’s media covering this story.

This Is Ferguson: Residents And Business Owners Tell Us About Their City

For 120 years, Ferguson, Mo. -- currently home to 21,203 people -- has been a little city that has grown in good times and evolved in hard times, with little attention from folks outside the St. Louis region.

That changed in a flash of gunfire last Saturday when a Ferguson police officer shot and killed Michael Brown, an African-American 18-year-old who was unarmed.