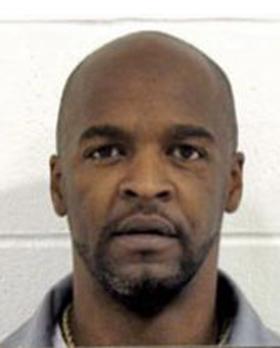 Wednesday's execution of Michael Taylor marked the state's fourth in as many months - a dramatic uptick from recent years.

The state put Taylor to death for abducting, raping and killing a 15-year-old girl in 1989. Gov. Jay Nixon called the crime "wanton" and "heinous" in a statement denying clemency and said the death penalty was the appropriate punishment.

Taylor was the first Missouri inmate to be executed with a drug made by the state's new (and secret) compounding pharmacy. The previous one bowed out after facing a lawsuit once its identity got out.

Taylor's attorneys argued the supplier was changed at the last minute, taking away any opportunity for oversight.

"Utterly nothing is known about this pharmacy," his lawyers argued. "Has it been cited for violating federal and state laws more or less often than the previous pharmacy?"

The previous supplier was not licensed to sell in this state. It had also been cited in the past by its own state Board of Pharmacy.

Unlike previous executions, the state did not provide a testing report on the purity and potency of the drug, but said the said the execution would be "rapid" and "painless."

Press witnesses did not report any abnormalities in the execution. The director of the Department of Corrections, George Lombardi, did not take questions from the press.

For the most part, the courts agreed with the state: that the secrecy surrounding the new supplier didn't warrant holding off on the execution.

But a few federal judges disagreed.

"From the absolute dearth of information Missouri has disclosed to this court, the 'pharmacy' on which Missouri relies could be nothing more than a high school chemistry class," 8th Circuit Judge Kermit Bye wrote.

Two of his fellow judges signed on to his thinking.

"Nothing Taylor asks for would place an undue burden on Missouri. He simply seeks transparency concerning the manufacturer of the chemical used to execute a death sentence and testing of the chemical for identity, potency, purity, and contamination," Bye wrote. "I once again fear Missouri elevates the ends over the means in its rush to execute Taylor."

Bye also criticized the state for not providing a report on the drug's purity and potency by a testing lab, as Missouri had done for the previous three executions. A Corrections spokesperson would not answer why there was no lab testing.

When asked three separate times about the issue, Mike O'Connell would only repeat that the execution "was carried out in accordance with the protocol."

The U.S. Supreme Court voted against staying the execution, although Justices Ruth Bader Ginsberg, Sonia Sotomayor and Elena Kagan wanted the state to hold off. They praised Bye's remarks.

Although four executions have been carried out under Missouri's controversial new methods, the actual trial concerning the constitutionality is still months away. Meanwhile, the state has set another execution for next month.

Although the state's previous drug supplier says it will not supply for the next execution, Missouri says it's found another willing pharmacy.

On Monday, the Apothecary Shoppe in Oklahoma reached a settlement with an inmate who had sued the pharmacy. Although the terms were confidential, the pharmacy agreed to not sell to Missouri for its upcoming execution.

In a court filing Wednesday evening, the state said inmate Michael Taylor was trying to cut off the supply of the state's execution drug.

Oklahoma Pharmacy Agrees To Not Sell Execution Drug To Missouri

After a lawsuit filed by a death-row inmate, the Apothecary Shoppe in Oklahoma has agreed to not sell to Missouri for its upcoming execution.

Last week, a federal judge ordered the pharmacy to hold off on selling the drug to Missouri until further review. Before that could take place, however, the pharmacy and the inmate came to an agreement.