People who work with federal food-aid recipients in Missouri and recipients themselves have said the state’s hotline is slow to answer phone calls. State data shows that at times, callers have had to wait up to an hour to talk to someone and that in May 2017, almost a quarter of callers abandoned getting through.

Missouri’s Family Services Division started addressing those concerns in April and said it expects to have new software in place by July to make the call center more efficient and start the food-stamp interview process more quickly.

The timing comes as the federal House Agriculture Committee is looking at expanding work requirements for people on the Supplemental Nutrition Assistance Program, or SNAP — a plan that could have significant effects on states, which run the job-training programs.

There are two numbers to call in Missouri for people who are on or are looking to get on the Supplemental Nutrition Assistance Program, or SNAP: 1-800-392-1261 or 1-855-373-4636. Those calls all get answered by state workers who provide information about the program, answer people’s questions and perform mandatory interviews for potential recipients.

Jim Brightman with Legal Aid of Western Missouri, which helps people on assistance programs, said “trying to get through” to the hotline is the “biggest hurdle that people have.”

“On many occasions, we've had individuals approach our office basically frantic because they can't get through to request a hearing and asking if there's anything at all we can do to assist them,” he said.

An average of 764,000 Missouri residents received SNAP benefits during the 2017 fiscal year (July 2016-June 2017). In that time frame, the maximum wait for all incoming calls to the hotline system was 1 hour, 1 minute and 59 seconds in July 2016, according to FSD data obtained through a public records request.

But wait times ranged during that fiscal year, from an average of 19 minutes and 5 seconds in September 2016 to 4 minutes and 13 seconds in February 2017, the data showed.

Cheryl, a 58-year-old SNAP recipient in Kansas City who requested to be identified by her first name only due to the sensitive nature of the topic, said the hotline was problematic for her a couple of years ago when she was trying to get benefits.

“Well, they are supposed to have called me for a phone interview and they never did connect, and I never did connect with them because I followed up, and then after so long I just gave up,” she said, adding, “I called every number there was to call.”

Some people who receive SNAP benefits are homeless. Brightman said that can be a problem when they need to call the hotline.

“They have telephones that are provided to them, they may have 300 minutes per month, so they really can't afford to spend a 100 minutes just to try to find out what information the Family Support Division didn't receive and/or that long to try to request a hearing,” he said.

Long waits led to some callers hanging up, and the state tracks that information, too. In May 2017, 23 percent of all calls to the two numbers were abandoned, which was the highest amount. The abandonment rate never dropped below 8.5 percent during the 2017 fiscal year. 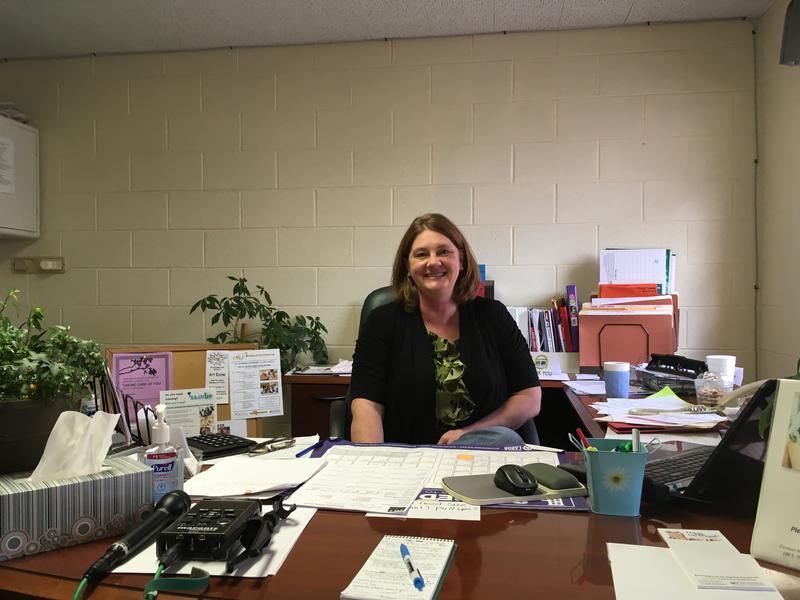 Jennifer, who also requested to be identified by her first name because she’s on SNAP, is a caseworker near Excelsior Springs. She said the clients she works with “don’t have time to be waiting.”

“We do allow them to use our phone in the office, so if they're lucky enough to get a caseworker who will be patient with them until they can get to the phone … then that's a connection. But that interview piece is also very difficult for people who don't even have phones,” she said.

The tiered calling system also has a size limit, so calls sometimes calls have to be deflected, according to Department of Social Services spokeswoman Rebecca Woelfel.

“The caller hears a message that explains all eligibility specialists are helping other callers,” she said in an email, adding that callers are pointed to an online portal and also asked to call back during less busy hours.

Those deflection percentages range widely, from 69 percent in July 2016 to 3.88 percent in February 2017, according to the stat data.

Missouri also said more improvements are on the way due to new “workforce management software” that’s being installed.

The software is expected to help the state “analyze FSD Call Center historical data” as a means to “fine-tune staffing levels,” DSS said in an email. Starting this summer, the agency said calls will be recorded to “improve efficiencies,” and that its voice-response system will be able to start the interview process to “reduce wait time” and have state workers “do more interviews.”

Woelfel said the vendor is Zoom International, which has an office just outside of Nashville, Tennessee, and that the upgrades are being paid for out of the FSD’s existing budget.

Erica Hunzinger is the editor of Harvest Public Media and a contributor to KCUR 89.3. You can reach her on Twitter: @ehunzinger