Illinois ranks 4th in the nation for increasing the percent of students who take and pass AP exams according to a report from the College Board, which administers the tests.

Illinois also has the most diverse group of test takers, Smith said Wednesday during the state board of education meeting.

“Huge kudos to the districts, the leadership in the state, we’ve made it a priority to increase rigor and access to high-quality content,” he said.

About a quarter of Illinois's 2016 high school graduates earned college credit for AP tests — up from 14 percent the decade before.

“We continue to lead the country in terms of adding students and diverse students to our AP test-taking,” Smith said.

Illinois topped Missouri in the participation rate of AP exams, though both states' high school graduates had about the same rate of success, passing about 64 percent of the tests. 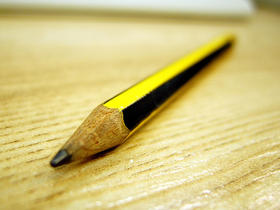 “Missouri is a dual credit state where districts help students gain college credit while still in high school,” Potter said. “We are seeing our participation increase in AP, and we would like to see more districts offer AP courses.”