Nation rallied around veterans after Great Recession, but many are underemployed | KBIA

Nation rallied around veterans after Great Recession, but many are underemployed

Thousands of cheering well-wishers lined the streets of downtown St. Louis on Jan. 28, 2012, to welcome home veterans of Iraq and Afghanistan. The “Welcome Home the Heroes” parade — a rousing patriotic party with floats and marching bands — made national headlines because it was the first of its kind in the nation.

But many of the veterans honored on that crisp Saturday afternoon were unemployed. Their transition to civilian life was bogged down by an economy still trying to shake its hangover from the Great Recession — a struggle that continues for some veterans.

Iraq veteran Rob Rossfeld, returned to St. Louis that January after eight years in the Army. Although by 2012, the recession had been officially over for three years, the national unemployment rate was still 9 percent. For post-9/11 vets like Rossfeld, it was 10 percent.

Listen
Listening...
/
Listen to St. Louis area veterans talk about returning to civilian life in the wake of the Great Recession.

“It was hard,’’ said Rossfeld, who left the Army as a captain. “I was unemployed for eight months after coming home before I found a part-time job that was hourly and even at full time delivered about half of what I was used to making as an Army officer. So that was shocking and surprising.”

Rossfeld had a bachelor’s degree in political science and a master’s degree in geological engineering. In Iraq, he was a combat engineer who led a unit that helped train Iraqi soldiers to search for roadside bombs. He thought he would have no trouble finding a job, but quickly discovered that his experience and skills didn’t match the civilian positions he was applying for.

With few options, Rossfeld joined the Missouri National Guard — partly for the health insurance because he and his wife were expecting their first child — and partly to lessen the culture shock of the civilian world.

“That was an important piece of continuity when I was figuring out where and how to find a job in the private sector,’’ he said.

Rossfeld also joined a nonprofit group called Go! Network that formed during the recession to help thousands of unemployed business professionals who had been downsized from St. Louis corporations like Anheuser-Busch and Pfizer. He likened the meetings to business school. He learned the importance of networking and how to fine-tune his resume.

His first job — inspecting buildings for asbestos and lead-based paint for an environmental company — was far from the engineering job he’d envisioned. But as the economy improved, he moved on to other “stepping-stone” jobs, adding civilian work experience to his resume. Three years ago, Boeing hired him as a contract analyst.

“Veterans are an adaptive and a successful bunch,’’ said Rossfeld, 39, who still serves in the National Guard. “We don't succeed in military service by not taking action or by sitting back on our heels.’’ 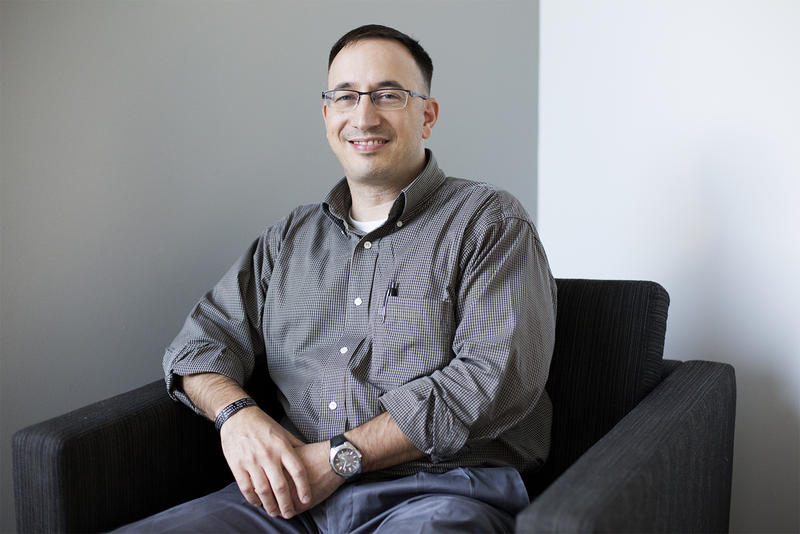 “The country rallied around veterans”

The jobless rate for veterans has declined steadily in recent years, after peaking at 13 percent in 2010. That’s largely because federal and state governments and many of the nation’s largest employers — from Home Depot and Federal Express to AT&T — made a commitment to hiring veterans after the recession, said Jim Craig, director of the Veterans Studies program at the University of Missouri-St. Louis.

“Government recognized the problem and made a real effort. They created tax incentives to hire veterans,’’ Craig said. “The country rallied around this population.”

The Department of Labor’s workforce statistics include people who are employed or who have actively sought work in the past four weeks. About 10 million veterans are employed or looking for jobs. An equal number aren’t in the workforce because they are retired or disabled — or have given up on finding work. Some analysts estimate that about one-third of veterans are underemployed for their skill levels.

Many employers still don’t take military experience into account when hiring veterans and determining their pay, said Josh Perschbacher, director of the Veterans Center at UMSL.

“You might be 32 years old, and you've done eight years in the military,’’ he said. “You understand collaboration and teamwork. You've carried the responsibility that other people haven't. And companies need to realize that piece and say it's OK to start you off slightly higher on a pay scale because you are bringing those experiences with you, instead of holding on to that old cliché that you have to start at the bottom.’’

Job opportunities can be particularly limited for veterans who enlisted right after they graduated from high school, Pershbacher said. He encourages veterans to use their military benefits for higher education and training so they can land higher-paying jobs.

The Veterans Center serves about 400 students at UMSL, offering academic assistance like tutoring programs and help with filing for benefits. But Perschbacher believes it’s also important to prepare student veterans for their job search after graduation.

The center offers workshops on networking and job interviews — something young veterans have little experience with.

Often, veterans will accept the first job they’re offered, even if it isn’t a job they want, said Perschbacher, a Navy veteran who can relate to the frustrations of veterans. He enlisted during the recession after he graduated from college with a degree in education and couldn’t find a teaching job.

Studies have shown that nearly half of all enlisted veterans leave their first job in under a year, he said.

“And that just delays the transition,’’ Perschbacher said. “It sets you back. It's a demoralizing feeling of ‘I should have just stayed in the military. It's really hard out here.’ That’s not a good thing because you start to feel like a failure.’’ 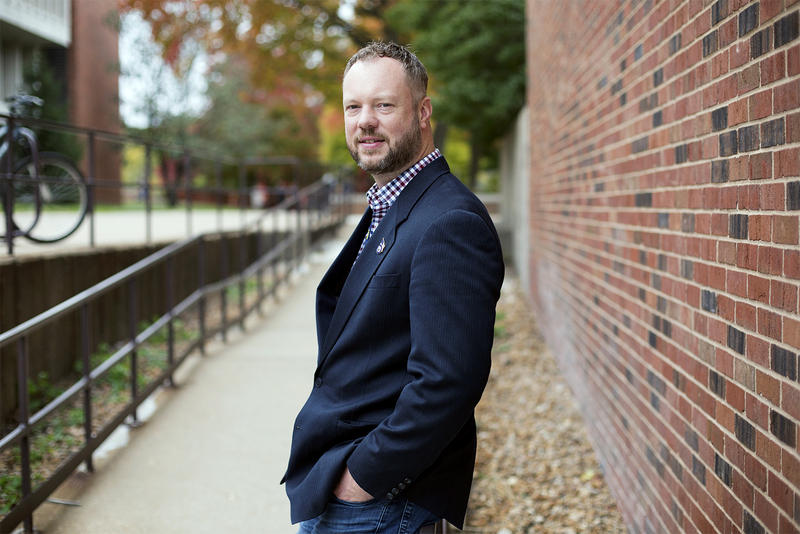 “Veterans are a cut above”

More than 4 million members of the U.S. military have left active-duty service since September 2001, a period the Bureau of Labor Statistics defines as the Gulf War II era. More than half of these veterans were deployed in Iraq and Afghanistan.

According to the U.S. Census Bureau, the most common occupations for post-9/11 veterans are as managers, truck drivers, police officers and security guards. Seven percent work in the health care industry.

On Nov. 8, dozens of employers, ranging from big box retailers to Boeing and Lockheed Martin, will participate in a veterans job fair at Chaifetz Center in St. Louis. The fair is organized by RecruitMilitary, a national recruiter that focuses on veterans.

During the recession, such hiring fairs drew thousands of unemployed veterans desperate to find any kind of work, said Chris Newsome, RecruitMilitary’s vice president of candidate acquisition. He is 35, an Army veteran who served in Iraq and Afghanistan.

The recession created a perfect storm for veterans unemployment, Newsome said. Service members who joined the military after the Sept. 11 terrorist attacks were concluding their enlistments, as the economy was faltering. They joined the ranks of laid-off veterans searching for jobs in a shrinking workforce. The U.S. economy shed more than 8 million jobs between December 2007 and 2010.

These days, hiring fairs are still a good starting point for the approximately 250,000 servicemembers who separate from the military every year, Newsome said. They also serve as a networking opportunity for employed veterans looking to make a career change.

Companies that began hiring veterans as a patriotic gesture 10 years ago now recruit veterans for their skills and work ethic, Newsome said.

“Veterans are a cut above,’’ Newsome said. “It took a number of years to get that traction for these companies to actually wrap their heads around that.’’

In recent years, the branches of the military have beefed up transition assistance programs aimed at helping service members who are concluding their enlistment prepare for job searches in the civilian workforce, Newsome noted.

Google recently launched a job search function that allows veterans to input their military job code to find a list of civilian employment opportunities that they are qualified for.

“I didn’t think I would ever have a job again”

On a recent Monday, Army veteran Ron Lane was at his post on the assembly line at the GM plant in Wentzville, installing heat shields on trucks and vans. He wore a T-shirt that said “Remember Everyone Deployed.”

“Our main goal is to maintain a clean safe environment and have fun at the same time,’’ he yelled above the clatter of bolts and hydraulic machinery. ’’ “I love my job.’’

About 350 veterans work at the plant, which Lane said is a good fit for veterans because they know how to work together as a team. GM is one of the region’s largest employers of veterans.

Lane serves as the veterans committee chairman for UAW Local 2250, which represents union autoworkers at the plant. He also organizes community events to raise awareness about veterans issues.

It’s his way of continuing to serve, he said. And he’s motivated by friends who were wounded in Iraq and Afghanistan.

Lane, 36, had his own job struggles after leaving the Army in 2010. He was hired by AT&T, and then laid off during corporate downsizing. After months of looking for work, he attended a veterans hiring fair, where GM recruited him.

He has a word of advice for veterans who are struggling with unemployment.

“Seek out another veteran,’’ he said. “Stay the course. Stay motivated. There were some days where I didn't think that I would ever have a job again. I definitely was depressed and didn't know what my future looked like.”

Now, he hopes to stay with GM for decades.

“We may have a different product five years from now,’’ Lane said. “But I think we have a future here.”