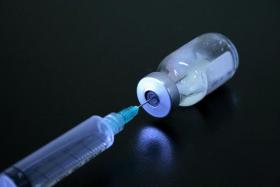 Five journalism organizations, including The Kansas City Star and The St. Louis Post-Dispatch, sued the Missouri Department of Corrections Thursday, seeking information on the drugs the state uses in lethal injection executions.

The suit, filed in Cole County Circuit Court in Jefferson City, says that the department last October stopped providing the public with information about the drugs it uses in lethal injections.

“Without this information, the public cannot provide meaningful oversight of the executions that the State of Missouri conducts in its name,” the complaint says.

The lawsuit comes after the botched execution in Oklahoma last month of a death row inmate. Oklahoma used a three-drug cocktail to execute convicted murderer Clayton Lockett, who died of an apparent heart attack 43 minutes after the procedure started. Lockett was seen to mumble and writhe in pain with an IV in his groin.

Like other states, Missouri has had trouble finding lethal injection drugs after European and American drug makers began balking at providing them. Missouri and other states have resorted to largely unregulated compounding pharmacies, often keeping the sources of the drugs secret.

The five plaintiffs claim the refusal of the Department of Corrections to disclose its drug protocol violates Missouri’s Sunshine Law. The department has invoked various exemptions to the law, including the “state secret doctrine,” as the reasons for its refusal, according to the complaint.

Public disclosure of the source, quality, composition and quality of the drugs, the complaint says, "reduces the risk that improper, ineffective, or defectively prepared drugs are used; it allows public oversight of the types of drugs selected to cause death and qualifications of those manufacturing the chosen drugs; and it promotes the proper functioning of everyone involved in the execution process."

Bernard Rhodes, a Kansas City attorney representing the plaintiffs, said the botched Oklahoma execution was “Exhibit A for the need for public information.”

“If the Kit Bond Bridge fell down, would you not investigate the manufacturer because you feared they might stop building bridges for us?” he asked.

A Department of Corrections spokesman, David Owen, said the department would not comment on pending litigation.

Missouri has  executed six inmates since last October "without revealing the source or quality of the drugs used to inflict death," the complaint alleges.

Another 40 inmates are on death row and await execution by lethal injection.

A second lawsuit, also challenging officials' refusal to provide information about the state's execution protocols, was filed Thursday by Chris McDaniel, a reporter for St. Louis Public Radio, the Reporters Committee for Freedom of the Press and the American Civil Liberties Union of Missouri. Like the other lawsuit, the complaint was filed under Missouri's Sunshine Law.