Newspaper Veteran Calls Post-Dispatch Move A Sign Of The Times

The pending headquarters move by the St. Louis Post-Dispatch is not a surprise to a retired reporter who spent more than three decades at the paper.

Tim O’Neil points out that it’s part of a trend of big-city papers moving into smaller spaces.

The Post-Dispatch is following those publications in announcing plans to move into a smaller space on North 10th Street after calling the building on North Tucker Avenue home for nearly six decades.

Listen
Listening...
/
St. Louis Public Radio's Wayne Pratt talks to retired Post-Dispatch Reporter Tim O'Neil about the newspaper's decision to move its headquarters into a smaller space and how that is part of a nationwide trend in the industry.

O’Neil says the trend comes as newspapers are still trying to figure out how to adjust to a digital world. A decline in advertising — including once-lucrative classified ads — continues to drain newspaper revenues as more people go online. 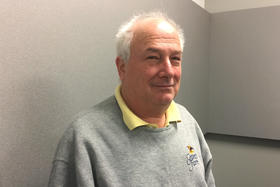 In announcing the decision this week, Publisher Ray Farris described the move as a positive step for the newspaper’s future.

“We have a great opportunity to improve our work environment,” Farris said in a statement.

"This opportunity would allow us to design the space to suit our needs," he added.

The two buildings have a common thread beyond the newspaper. They are both owned by StarLake Holdings, which is run by St. Louis native and Square co-founder, Jim McKelvey.

That company acquired the North Tucker property last year for $3.5 million and has been leasing space to the Post-Dispatch.

StarLake purchased the smaller building on North 10th in December and has a letter of intent from the newspaper for a new lease agreement.

O’Neil understands changes in the industry mean newspapers don’t need as much space.

Printing moved out of the North Tucker locations years ago. A lot of room in the building had been used for those operations.

Listen
Listening...
/
Retired St. Louis Post-Dispatch Reporter Tim O'Neil talks about some of the specific details that made the North Tucker headquarters ideal for a newspaper decades ago.

But some of his favorite memories of the Post-Dispatch headquarters stem from those big machines rolling out the daily edition.

“The floor was shaking a little bit,” he said, while pointing out the presses were rumbling on the first floor and the newsroom was five floors up.

It marked the end of a hard day’s work by the entire Post-Dispatch team.

“I always liked the daily conclusion,” he said. 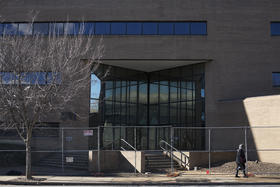 Those days are long gone, and newspapers are still in an era of downsizing in physical and staff size. Some contend the new reality is diluting the quality of reporting, leading to a less-informed public.

O’Neil is not convinced that’s the case.

“I’m not worried about journalism as a craft,” he said, adding that the quality of work from current reporters is comparable to that in the heydey of the Post-Dispatch.

But there are concerns about the number of jobs for modern newspaper journalists and how well they are paid.

“I’m worried about how these folks are going to feed their kids,” he said.

A specific timeline for the newspaper’s move has not been announced.