Missouri Gov. Jay Nixon has ordered state Auditor Tom Schweich to conduct an audit of the office of the St. Louis recorder of deeds.

In a brief written statement issued Monday, Nixon gave no explanation or reason for the audit. Schweich also issued a short statement Monday, saying that he and his office "plan to move forward with the audit as requested."  On Tuesday, a spokesman for Schweich added that the audit "will not be completed or released by Election Day." 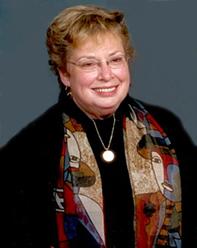 The contest for recorder of deeds may be the most contentious race in the city of St. Louis this November.

That's because Sharon Carpenter, the long-time recorder of deeds, resigned earlier this year following a probe into whether she violated the state's nepotism law. There were also allegations regarding misuse of funds and using her office for campaign-related tasks. Carpenter was nominated in the August Democratic primary because her name was still on the ballot, and she’s now seeking re-election.

After her resignation, though, St. Louis Mayor Francis Slay appointed Jennifer Florida to serve as recorder of deeds. At the time, Florida served as alderwoman for the 15th ward.  Despite being a Democrat, Florida is running as an independent in hopes of remaining recorder of deeds. Florida and Carpenter are also being challenged by Republican nominee Erik Shelquist.

On August 5th, Mid-Missourians will not only have the chance to vote on the proposed Constitutional amendments, but also on a primary between co-workers. Nora Dietzel and Lois Miller are deputy recorders at the Boone County Recorder of Deeds office in Columbia.

Schweich says the governor had no legal right to withhold $172 million from several state programs to help cover costs from the Joplin tornado and other recent natural disasters during fiscal year 2012.