Oklahoma Pharmacy Agrees To Not Sell Execution Drug To Missouri 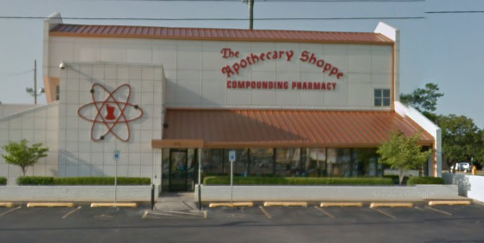 After a lawsuit filed by a death-row inmate, the Apothecary Shoppe in Oklahoma has agreed to not sell to Missouri for its upcoming execution.

Last week, a federal judge ordered the pharmacy to hold off on selling the drug to Missouri until further review. Before that could take place, however, the pharmacy and the inmate came to an agreement.

"The Apothecary Shoppe has agreed that it will not prepare or provide pentobarbital or any other drug for use in the execution of Michael Taylor," Carrie Apfel, Taylor's attorney, said in a written statement. She also said the pharmacy had not sold any drugs to the Department of Corrections for this execution yet.

The Apothecary Shoppe could not be reached for comment.

We reported in December that Missouri had been obtaining its execution drug from a compounding pharmacy not licensed to sell here. The Apothecary Shoppe sold the state compounded pentobarbital for three executions, but it only recently became licensed with the Missouri Board of Pharmacy. A Corrections official had been taking thousands of dollars in cash to the Tulsa pharmacy.

"We filed this lawsuit to prevent the unlawful compounding of pentobarbital," Apfel said. "Miscompounded pentobarbital poses a grave risk of suffering and pain in violation of the Eighth Amendment, as well as federal and state law."

Gov. Jay Nixon told reporters on Tuesday that Missouri would still be able to carry out this month's execution. The state is not without options.

In a sworn deposition last month, a high-ranking state official revealed that the state has a backup supply of midazolam to carry out executions, in spite of earlier assurances that the state did not have the drug. 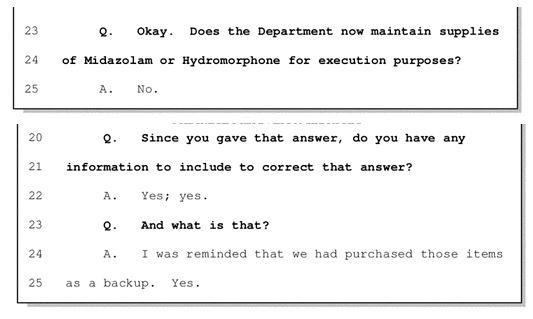 Midazolam was the drug Ohio used in a recent execution that took more than 20 minutes. Witnesses said the inmate gasped and snorted during that time.

If Missouri were to use midazolam, the state would have to change the protocol, which currently allows only for pentobarbital.

The state could also turn to another compounding pharmacy to make pentobarbital, like the Apothecary Shoppe did for three executions. Lawyers representing Michael Taylor have asked a separate federal judge to stay his execution, in light of the settlement.

Taylor's lawyers argue switching the drug or the source this soon before his execution wouldn't give him time for due process of law.

Taylor is scheduled to be executed on Feb. 26 for the abduction, rape and stabbing death of a 15-year-old girl.

Late Friday night, a group of federal judges found that the compounding pharmacy making Missouri's execution drug can remain secret, but new emails point to one pharmacy as the likely supplier.