Miriam School is a small, private school in Webster Groves that serves children who've struggled to learn in typical classrooms. Thirteen percent of its students are adopted.

At first glance, that may seem surprising, as nationally, fewer than 2 percent of school-aged children are adopted. But studies suggest that adopted and foster children suffer from learning disabilities at twice the rate as children raised by both birth parents. For adoptive parents, that may mean a greater challenge in finding the right school or learning environment for their child.

Listen
Listening...
/
For families, navigating special education services for their newly-adopted children is another step in an already complex journey.

Malindi Henning, 12, is a student at Miriam. Born in the area, she was adopted into a St. Louis family as an infant and is the youngest of six, including an older brother who is also adopted.

She was diagnosed at an early age with speech apraxia, meaning she had a hard time with the motor skills needed to form words. As Malindi fell behind in grade school, she was subject to more screenings and tests for learning disabilities.

“It was stressful and, like, hard and annoying, because people were always talking to me,” she said.

To catch up with academics, she was home-schooled for a few years by her mother.

“The fact that this is harder is just stretching us to love in ways we haven’t had to love before,” said Aaron Henning, Malindi’s father.

Eventually, Malindi wanted a school experience and the chance to make friends. She fits in at Miriam, she says, where the school has the resources she needs to learn. And during a recent day at school, she read out loud to her science class, a skill that didn’t come easy. 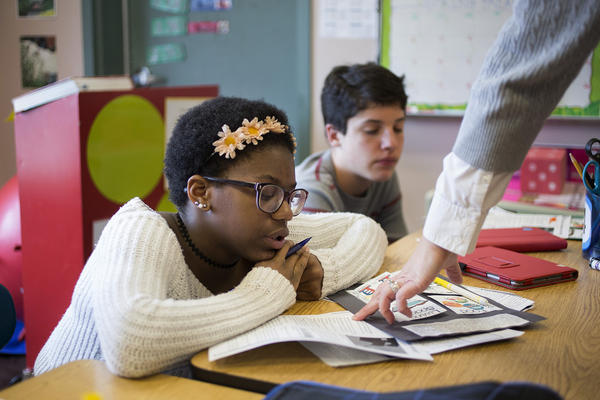 A survey by Illinois State University of 1,300 families who adopted or fostered found 40 percent of those children were receiving special education services. A research brief by the Institute of Family Studies published in 2015 put the rate at 24 percent. Both figures are well above the estimated rate of learning challenges for children in the general population, which is closer to 10 percent.

Some research points toward attention deficit disorder and separation anxiety presenting itself early among adopted and foster kids. But “others who say that it’s not until later on when children begin to demonstrate some of their difficulties, both in terms of learning and attention,” said Sheldon Horowitz, senior director of Learning Resources and Research at the National Center for Learning Disabilities.

Specialists are paying more attention to the early trauma and impact of separation that adopted and foster children may experience early in their lives. When those children get to school, they can have outbursts in the classroom and difficulties bonding with their peers or teachers. 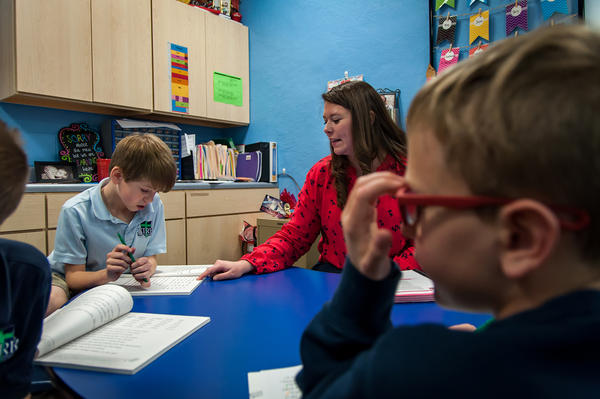 “You have to go into fostering and adopting with an open mind,” said Steve Levers, who along with his wife, Kathy, are foster parents and adopted a son, Cooper. “You know there’s going to be issues; you just don’t know how they’re going to develop.”

Cooper, 6, goes to pre-kindergarten at a private school, and will move into that school's special education kindergarten class next year.

Many families need help finding the best services for their kids, says Emily Nienhuis with the One Heart Family Ministry, which assists Christian families with the state adoption system.

“A majority of our families have their children in public education until they realize their needs are not going to be met and they need to look at other options,” said Nienhuis, who has six adopted daughters.

The Special School District handles special education services for all school districts in St. Louis County. Within the city, that falls to St. Louis Public Schools or charter schools.

Private school is not a simple answer, though, because disability and education laws don’t apply to private schools the same way they do public ones, according to Kami Narayan, an educational advocate at the Foster and Adoptive Care Coalition. “Once you leave the public school framework, it gets a lot murkier,” she said.

Private schools in the St. Louis area with strong special education programs have attracted adoptive parents. In addition to Miriam, Logos School in Olivette serves children with behavioral and learning needs; nearly a fifth of its students come from adoptive or foster homes.

The special education classrooms at Kirk Christian Day School in Town and Country have always had a substantial number of adopted students, “which is kind of amazing, if you think about it,” said the head of academics, B.J. Wiemer, who is also on the board of the Learning Disabilities Association of America. 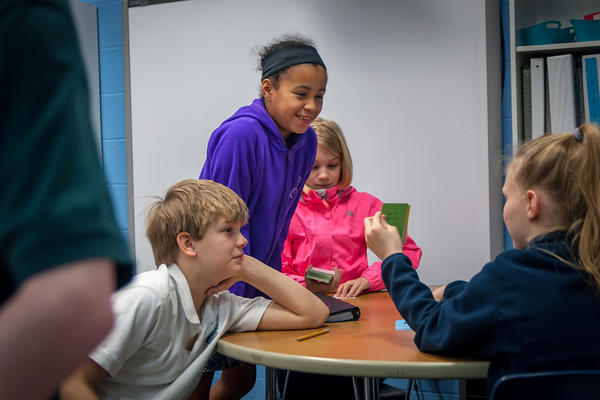 Adoptive parent Janet Deidrick found that choosing and enrolling her son in a special education program comes with its own bureaucratic challenges.

“You feel like you’ve been examined from every orifice of your life when you adopt a child and fill out a tremendous amount of paperwork, and then you get into special needs it just doesn’t stop,” she said. “But I know I have to do it and that’s just how life is.”

Her son, Ben, was adopted from Russia as a baby and didn’t seem to have any developmental delays when they met him at the orphanage.

“He met every marker that the pediatrician had told us to look for,” she said.

But he didn’t develop language at a normal pace. Deidrick got him into therapy and thought that would be enough for him to catch up. He did fine in preschool but was unable to sit still and keep his hands to himself in kindergarten.

Now 12, Ben attends Kirk, where he’s much more comfortable in the classroom.

What isn't well-known is the long-term educational outcomes for adopted children. A report by the Institute of Family Studies found challenges continue through at least middle school.

“Much more work needs to be done to both understand who these children are and what, if anything, we can say are risk factors moving forward that differentiate them from their peers who are not adopted, “ Horowitz said.