Missouri needs to strike a balance between making sure that all teachers are prepared to enter the classroom and that minorities and women are treated fairly by tests that certify them to teach.

That balance was a main topic of discussion Tuesday at a joint meeting in Columbia between the state Board of Education, which represents interests of K-12 school districts, and the Coordinating Board for Higher Education, which governs public colleges and universities in the state.

Data reported to the state board in June showed that in many cases, women and minorities who took tests to gauge how well they knew their teaching content areas fell short of the qualifying score – the so-called cut score – required to move into the classroom.

The scores were gathered from a new teacher test that some educators had criticized because of a lack of preparation time for colleges and universities with teacher training programs.

Numbers showed scores in 55 different content areas. In the end, the state board voted to keep the cut scores where they are, but it also agreed to change the number of items and the amount of time allowed to take the tests in seven of the content areas.

Officials at the Department of Elementary and Secondary Education said they had worked to make sure the tests meet two criteria: being rigorous enough to ensure that only qualified teachers can pass but, at the same time, being fair and free from bias so that women and minorities are not at a disadvantage.

Tuesday’s joint meeting followed up that discussion when the boards heard an annual report from the new Missouri Advisory Board for Educator Preparation (MABEP) as well as from DESE, the Department of Higher Education and others.

Alex Cuenca, an education professor at Saint Louis University who is on the advisory board for teacher preparation, noted several concerns with the process of getting teachers ready for their profession.

Among them, he said in a report prepared for the meeting, are questions about how student performance should be linked to teacher performance programs; whether methods of measuring student growth are valid; and whether new regulations for teacher preparation in Missouri will place a heavy financial burden on school and universities alike.

As far as the results of the new teacher preparation exams, Cuenca said MABEP members were “troubled by the disparity between white and black teacher candidates” in elementary schools, where there is a statewide surplus of candidates. Members also questioned the need to lower cut scores in so-called STEM areas – science, technology, engineering and math – where there is a shortage.

He said the panel was “critically aware of the political optics” involved with such issues.

Paul Katnik, an assistant commissioner of elementary and secondary education, countered that no data have confirmed evidence of bias in the tests.

He said that DESE is also troubled by racial disparities in candidates to become teachers in elementary schools. But, he asked is that an issue with the assessment of the aspiring teachers or a larger issue in education overall? And he questioned the wisdom of lowering cut scores for areas such as STEM, to address a shortage, because that could result in unqualified teachers in the classroom.

Cuenca noted that since MABEP was created by the legislature last year, cooperation between DESE and teacher preparation programs has increased. He hoped that such programs at colleges and universities get even greater recognition in the future for the expertise they can provide, and that teacher preparation programs are seen as more than just places that people who want to work in the classroom get ready for the tests they need to take.

“In the current education information economy, assessments and data create frames that make it easy to believe that our colleges and schools of education are simply factories that produce teachers for schools," Cuenca said. 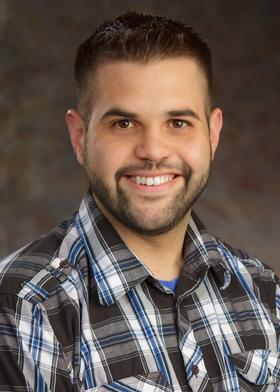 “While teacher preparation is certainly part of the mission of education schools, we must also not forget that those who educate teachers are also leading thinkers, scholars and innovators in the field of education.”

With the problems facing Missouri schools, Cuenca added, those colleges and universities need to be used as resources to advance educational research and practice.

“We have nationally and internationally recognized education scholars in our midst,” he said, “Yet, when we have a big question about education, because we sometimes see teacher education as an object for accountability instead of a possible partner for innovation, we tend to ignore this expertise.”

Katnik said the creation of MABEP was designed to address such issues and let the expertise of people like Cuenca have a greater voice in teacher education.

Missouri officials are proposing changes after aspiring teachers struggled on new educator certification exams, particularly those for math and science.

Common Core testing to begin in the spring

Missouri is moving forward with testing for the national Common Core educational standards for schoolchildren.