Calvin Riley has spent years searching through musty basements and dusty attics to rescue the objects of historical significance that he displays in his George B. Vashon African-American Museum in north St. Louis.

“What I show here, you’re not going to see in other museums,’’ Riley said.

His collection of “found” artifacts numbers in the thousands, and it’s wide-ranging: There are photographs and documents of prominent St. Louis African-American families from the early 1900s. Wooden chairs handmade by a slave. Mannequins dressed in uniforms once worn by Pullman porters and nurses at Homer G. Phillips Hospital, the only city hospital that served African-Americans during segregation. Memorabilia from black social clubs of the 1950s and civil rights posters from the '60s.

Riley, 66, is a retired English teacher who began collecting black memorabilia 40 years ago.

“Many times people don’t know what things are collectible. When you clean out homes, people throw things away, and they don’t realize they’re throwing away history,’’ he said. “A lot of times, it’s just getting water damaged. Mold damaged.’’ 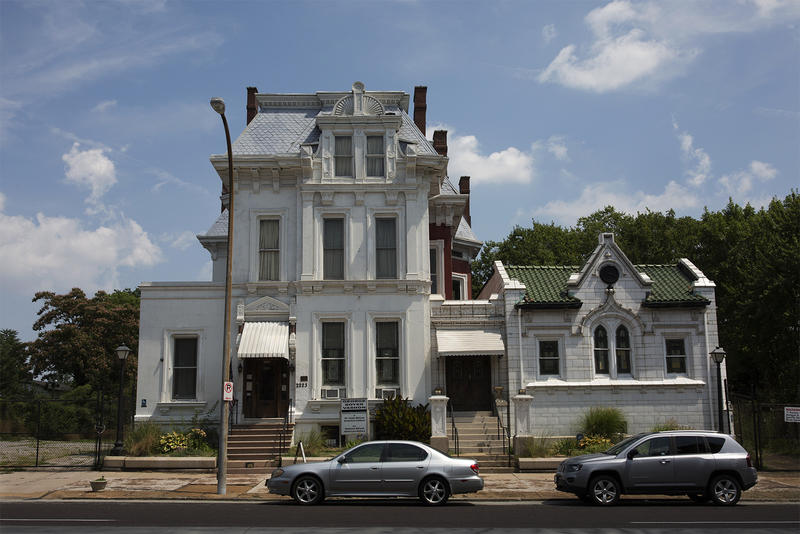 Riley prizes his collection of items that belonged to George B. Vashon, the museum's namesake. Vashon fought to improve education for African-Americans. He was the first black graduate of Oberlin College in Ohio and the first black professor at Howard University in Washington. After Vashon’s death in 1878, his family moved to St. Louis, where they played important roles in education and civic affairs. Riley said both the Smithsonian and Oberlin College showed interest in acquiring the Vashon documents, but he decided they should stay in St. Louis.

So he bought a vacant building in the St. Louis Place neighborhood and in 2015 opened his museum.

A mission statement posted in the front hall spells out Riley’s goal: to preserve the history and achievements of St. Louis African-Americans and to recognize those who fought for civil rights and to change unjust laws. It also refers to the collection as the “The Spider Web,’’ because it has no ending and continues to grow.

Riley said the artifacts are a tangible connection to St. Lousians who made a difference.

“It’s the things they lived with day to day,’’ he said. “This museum allows them to live forever. And it’s my hope that this museum stays here forever. I’ve already told my kids they cannot sell this. I want either an organization or the St. Louis history museum or the city or the state to take it over one day if my family chooses not to keep it going.” 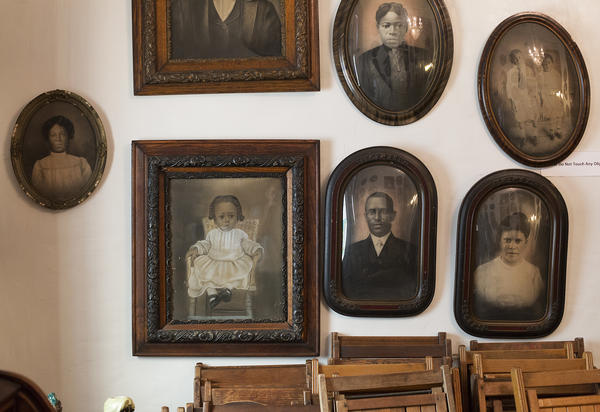 Even though he has bought and sold antiques for years, Riley said he always held onto meaningful items — though he didn’t know why.

“I think it was God-given,’’ he said. “Because I didn’t know this was what I was supposed to do. I think God got his hands in this big time because he allowed me to collect these artifacts. I kept asking myself why are these things coming to me? I was finding historical stuff, and in the back of my mind, I knew I was getting it for a reason.’’

In a way, Riley also “rescued” the three-story home at 2223 St. Louis Ave., that he bought for his museum. A wealthy Irish meat packer built the mansion in 1879 on what was known as “Millionaires Row.” It’s just a stone’s throw from the 100-acre site where the new National Geospatial-Intelligence Agency will be built. The building, with its tall stained glass windows, served as a funeral home and churches in its later years.

Riley pays attention to detail. Radios tuned to a local jazz station are strategically placed to provide a seamless ambiance, as visitors move from room to room. The artifacts are thoughtfully grouped by topic and fill tables and an assortment of glass cases — and every inch of wall space. It would take hours to see it all.

The museum is open Wednesday through Saturday, but Riley’s here on closed days, too, cleaning and changing the displays. It’s more than a full-time job, but Riley doesn’t mind.

And there’s a touch of Riley family history in the museum: He’s included some of his own family photographs, along with his grandmother’s cooking pot and great-grandmother’s hat.

Riley also has a personal connection to Lincoln Diuguid, whose life is celebrated in the museum. He was an African-American scientist who refused to pass for white to make a career in science. Riley has filled a room in the museum with laboratory equipment from the Du-Good chemical company that Diuguid established on Jefferson Avenue to do research and produce household and personal products. Diuguid taught at Harris Stowe Teachers College for nearly 40 years, and Riley was his student.

“He wanted the best out of people. I received a C in his class and it was like earning an A,’’ Riley said. “A lot of African-Americans like Dr. Diuguid, they’re not known. Their stories need to be told. That’s what this museum does — it keeps their stories living.’’ 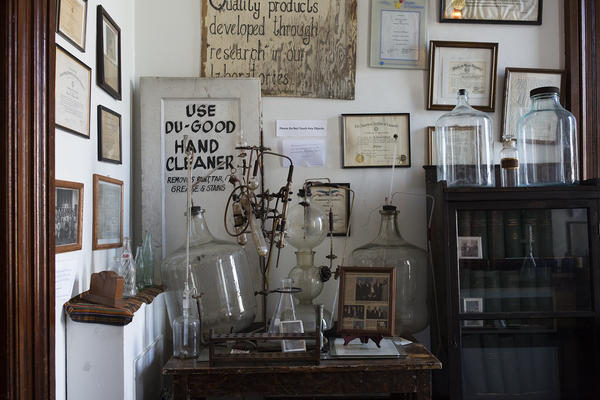 “It was real life”

Some of Riley’s artifacts are in-your-face reminders of the past. Like the signs that once hung in bus and train stations during the Jim Crow era. Among them is a sign that designated a “Colored Waiting Room” that he says came from St. Louis Union Station.

“The guy I got that from, he was a porter there,’’ Riley said. “He said he was told to take them down and throw them in the trash. He put them in his car.’’ 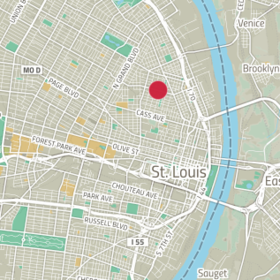 Riley said the signs are a negative memory but an important part of African-American history.

“Young people need to see that,’’ he said. “When they hear about segregation, they need to know that was real life and people lived that life. It’s not just something that people talked about. It was real life.’’

Riley estimates that 5,000 people have visited his museum during the past two years, and he’s still working to get the word out.

His wife, Calra Riley, said she took it in stride when he decided to open a museum.

“I said OK — that’s all. Because he had all those items. He had them all around the house,’’ she said.

She helps out at the museum.

“When the people come in, they expect one thing, but they wind up with something else,’’ she said. “They learn new things that they hadn’t known — even those that come in that are pretty good in black history. They always find something new.’’

The museum will celebrate its second anniversary with a program on Aug. 12. The speaker is St. Louis civil rights activist Percy Green who fought to get African-Americans jobs in the 1960s. A copy of Green’s book “Why You Must Raise Hell,” published in 1978, is displayed in the museum.

“He’ll be talking about that here during our anniversary,’’ Riley said. “He’s a dynamic speaker.’’