Through a prescription drug discount program called 340B—named for the section in federal law that authorizes it—the Pemiscot County hospital buys medicines at a steep discount from drug makers, sells it to local pharmacies and pockets the profits.

Greene Pharmacy sits on Main Street in the center of Steele, Missouri, a town of about 2,000 in the county, just 8 miles north of the border with Arkansas. Owner David Greene said the deal with the hospital doesn’t really affect his pharmacy’s bottom line.

“My biggest incentive is to help the hospital,” Greene said. “When people need emergency services, it’s good to have [a hospital] local because a lot of people don’t have good transportation to get too far.”

So, while it can, his little pharmacy will do its part to help out.

The drug discount program has become a financial lifeline for rural hospitals like Pemiscot County, nearly a third of which are struggling to keep their doors open. Now, a pending rule change may scale it back dramatically. It’s yet another hurdle for rural communities fighting to keep their healthcare local.

In 2016, the first full year the Pemiscot County hospital participated, the 340B program netted the hospital $1.6 million. That revenue played a big role in turning the hospital around after it lost over $3 million in 2013 and nearly shuttered. 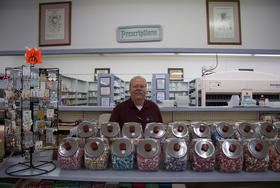 Pemiscot is not alone. The program has become a critical source of income for rural hospitals across the country, since 2010 when the Affordable Care Act expanded access to the program to rural hospitals.

But that may change. Earlier this month, the Centers for Medicare and Medicaid finalized a rule that would reduce funding for hospitals in the program by $1.6 billion. Funding comes in the form of Medicare funds earmarked to cover drug costs, specifically 340B program billing. The rule is set to go into effect January 1, 2018.

In a September letter to CMS raising concerns about the change, National Rural Health Association CEO Alan Morgan said that rural hospitals have been able to continue serving their communities “as a direct result of the 340B program.”

“One hospital is only able to staff their labor and delivery unit because of the 340B program...Other facilities use 340B funds to staff their ED, to offset uncompensated care, or simply to keep their doors open to allow them to continue to serve their community,” he wrote.

On the other hand, the rule change is welcome news to the pharmaceutical industry which has been pushing back on the growth of the program.

Lori Reilly of the trade group Pharmaceutical Research and Manufacturers of America (PhRMA) said when the 340B program was created in 1992, it was meant to help low-income patients afford drugs. It’s since ballooned, and in her view, lost sight of its original intent.

“But there’s not necessarily evidence that that money is getting used to benefit patients,” Reilly said.

Meanwhile participation in the program has swelled. By PhRMA’s count, it’s gone from 50 participating hospitals to 2,379, and from 34 contract pharmacies to 42,613. And Reilly said, while there are hospitals like Pemiscot County that may truly need the discount, there are others that may be taking advantage of it.

“Your local hospital in Missouri is participating, but so is Cedar-Sinai in California, which is hospital to the stars,” Reilly said.

PhRMA would like to see the program reformed in several ways, mainly by making stricter rules on the types of patients, hospitals and pharmacies that can participate in the program—which would ultimately shrink the program. 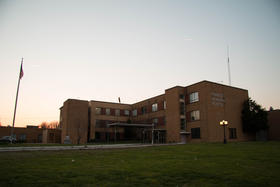 The Trump administration’s new rule is not the big change the pharmaceutical industry wants, but it would have a large impact on hospitals. Particularly rural hospitals like Pemiscot County that have come to rely on the program.

Ted Slafsky, president and CEO of 340B Health, an organization which represents hospitals that participate in the program, said the rule change could affect communities’ access to healthcare.

“Clinics would [close]. Some hospitals may close altogether. It is a very counterproductive proposal,” Slafsky said.

He defends the program saying that even hospitals in affluent communities may often serve a pool of patients that need more affordable drugs.

“These hospitals in order to qualify must meet it must meet a very high threshold of providing care to low income patients,” he said.

But there is a chance that the rule might not go into effect.

The American Hospital Association has filed a lawsuit, along with the Association of American Medical Colleges and America’s Essential Hospitals, among others, to stop the rule change.

Even if that lawsuit fails, some rural hospitals would be exempted from the reduced funding, at least for one year. But not all rural hospitals are exempted and the Pemiscot County hospital is not one of the shielded ones. That means it could see a reduction in a critical source of revenue.

Bram Sable-Smith is reporting this series during a yearlong Reporting Fellowship on Health Care Performance sponsored by the Association of Health Care Journalists and supported by The Commonwealth Fund. This story is part four in series on rural hospitals. Read parts one, two and three.

When Sarah Scantling went into labor this summer, she had to drive 30 miles and across state lines.

Three years earlier, the only maternity ward where she lives in Pemiscot County, Missouri closed down. Scantling had to choose between a handful of other hospitals in the region between 20 and 70 miles away. She chose to give birth in the hospital in Dyersburg, Tennessee.

To Survive, Rural Hospitals Need To Grow—But The Demographics Don’t Add Up

That’s the size of the bill that could have shuttered the only public hospital in rural Pemiscot County, Missouri in August 2013.

For the hundreds of rural hospitals struggling to stay in business, health policy decisions made in Washington D.C. this summer could make survival a lot tougher.

No one at the hospital in Fulton, Missouri (population 12,790) had ever heard of a management consultant named Jorge Perez until he showed up at its potluck in September.