Updated at 10:08 a.m. Thursday, April 14, with date set for curator vote: Students who plan to attend Washington University this fall know that their tuition will be $48,950. Toward the other end of the scale, in-state tuition at Southern Illinois University-Edwardsville has been set at $8,352.

But as students try to finalize their academic plans, those headed for any of the four campuses of the University of Missouri don’t know yet how much their bills will be, and they don't know when the decision may be made.

Typically, UM curators hear preliminary plans for tuition and fees at their meeting in St. Louis in December, then finalize those numbers in February. For the coming school year, the tentative plan presented to the curators was for tuition to remain flat, as part of a plan floated by Gov. Jay Nixon to seek a 6 percent increase in state spending for higher education. 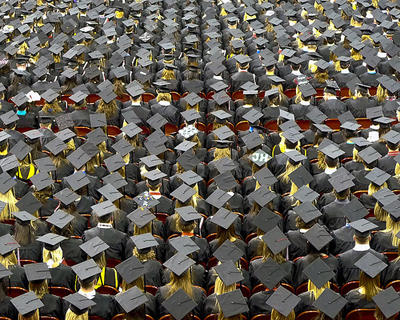 But the unrest in Columbia last fall, and the resulting backlash once lawmakers returned to Jefferson City, disrupted the typical scenario.

First, the Missouri House passed a budget that cut higher education by nearly $9 million, with several lawmakers criticizing Mizzou for its handling of the demonstrations and Melissa Click, the communication professor who was fired for her behavior during the protest.

Last week, the Missouri Senate passed its own version of the budget, reversing most of the cuts to the university system. That sent the spending plan to a conference committee that will have to work out differences before the May 6 deadline to pass the budget. Some lawmakers are trying to reach an April 21 deadline, so the governor work have to act on the budget bills before legislators adjourn May 13.

So while the political and financial jockeying goes on, current and prospective students at the university have to work with tentative budgets of their own. And layoffs loom at the St. Louis and Columbia campuses because of the fiscal uncertainty.

Tuition was discussed in a general way at the curators' meeting in Rolla Thursday, but with the state budget still in flux, a final vote will not be held until May.

Curator David Steelman of Rolla, who heads the board’s finance committee, says the wait is unfortunate but unavoidable.

“The governor has been very clear with his generous recommendations,” Steelman said in an interview in advance of this week’s curators meeting in Rolla, “and the Senate has made it very clear, that their actions, which have been very good to higher education, are in order to help students avoid tuition hikes.

“I think the University of Missouri would be very remiss if we would take an action to increase tuition prior to the final actions. If the governor and the legislature combine for this kind of exceptional help for higher education to prevent tuition increases, I just think it would be unacceptable for us to raise tuition.”

Because of a law generally referred to as Senate Bill 389, public colleges and universities in Missouri may raise tuition no higher than the annual rate of inflation, unless they receive a waiver from the Department of Higher Education to exceed that amount.

For 2016, that would have meant a cap on tuition increases for resident undergraduate students of 0.7 percent.

Based on that ceiling, Leroy Wade, Missouri’s interim commissioner for higher education, said tuition for the academic year at UM would cost less than $100 more.

“Current and prospective students can look at last year’s tuition rates to estimate what tuition likely will be at each of the state’s colleges and universities for the upcoming academic year.”

In September, Nixon said schools had agreed to a tuition freeze in exchange for his effort to win passage of a $56 million increase in state support for higher education. That agreement led to the recommendation to the curators in December for tuition to remain flat, at an average of $9,687 for the system’s four campuses.

When the debate over funding for the university system became tied up with the Columbia protests, that plan was knocked off course. So the waiting game continues for students who plan to attend this fall.

Still, with the 0.7 percent limit on any increase likely to hold, most students have a pretty good idea what they will be paying. Tracy Mulderig, an UMSL doctoral student who recently ended her term as the student representative on the board of curators, said that a bigger concern for students might be increased fees.

“You don’t really know what the final price is going to be,” she said, “because it depends on whether you end up registering for classes online or not, exactly what classes you register for, whether there is a lab component, what the lab fees are for that particular course. 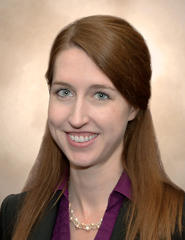 “So it can become particularly difficult to anticipate in advance what you’re going to be paying until you’ve registered for classes, know what classes you’re actually in and finally see that first bill.”

And, she added, while students and their families may not be operating close to the financial edge, the dollar amounts can affect how an academic career moves forward.

“There is an escalation of commitment,” Mulderig said. “If you’re enrolled in a program, and you’re in year three, and these are the classes you need to take in order to make progress toward your degree this upcoming semester, it becomes more a matter of figuring out how you can make it work.

“Unfortunately, I’m sure that some students will ultimately find they can’t, and they may choose to drop a class. In the end, that is not the best option for them, but it does become very difficult to budget.”

Calls to guidance counselors and others who help steer students to the right campus found little effect from the uncertainty about tuition on the choices future freshmen will attend.

“We do have students that are heading to Mizzou or Rolla or the different campuses,” she said, “and for the most part they have already made the decision that that’s where they want to go. They either have the money, or they applied for financial aid.

“Of course there probably will be some increase, but I guess I don’t see a huge increase that would potentially make or break someone.”

What may make more of a difference this year, Luraschi said, is the fallout at Mizzou.

“In the fall when this was all kind of coming to a head,” she said, “I do recall that there were some parents that were a little apprehensive about sending their student there.

“But I don’t think we can be naïve and say that we don’t have issues of this sort at other institutions across the country. I feel bad for Mizzou.” 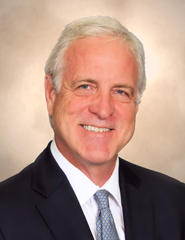 Curator Steelman, who was the only vote last year against a tuition hike of 0.8 percent, hopes he can bolster state support for higher education, financial and otherwise. In the wake of the criticism at Mizzou, he wants to see the university work more closely with lawmakers – and make a stronger case. But he’s also realistic about the university’s need to win backing from the public support.

“We are entitled to take certain actions,” he said. “Constitutionally, the faculty is entitled to free speech. But science will tell you for every action, there’s a reaction, and the Missouri General Assembly and the governor’s office are all entitled to their own actions too.

“When we are arrogant, when we don’t listen to their concerns, when we don’t understand that there are competing needs for money in the state of Missouri, when we think that we’re entitled to money and don’t have to earn it -- then that is a fatal flaw, and I think it’s been at the university for the past few years.”

Steelman said that having someone who can represent the university well in Jefferson City is a key element of the search for a new president that is just beginning. Former President Tim Wolfe, who resigned in November in the wake of the demonstrations at Mizzou, did not have the relationship with lawmakers that is needed, he said.

That communication, he added, can help reverse the trend of dwindling support for the university system from Missouri’s budget.  He doesn’t think his stand against tuition increase is going to attract any opposition, particularly from anyone working on a budget that includes the costs of higher education.

“If you can find a student who’s upset because we’re trying to prevent a tuition increase,” Steelman said, “you know students that I don’t know.”

The University of Missouri’s Board of Curators holds the license for St. Louis Public Radio.