The nationwide chase for Boeing's 777X is over. 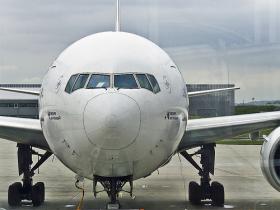 That's because Washington State machinists narrowly approved a contract on Friday to build the airplane near Seattle. It's a move that concludes Missouri's high-profile bid at landing a significant economic development opportunity for the St. Louis region.

Members of the Washington state branch of the International Machinist Union affirmed Boeing's proposal to build the 777X by a 51 percent to 49 percent margin. Boeing spokesman Doug Alder said earlier this week that if local machinists approve the contract, the company would produce the 777X in Washington.

“Our members have spoken and this is the course we’ll take,” said Tom Wroblewski, the president of Machinists Union District Lodge 751, in a statement.

After the vote, Boeing Commercial Airplanes President and CEO Ray Conner said in a statement that “the future of Boeing in the Puget Sound region has never looked brighter.” The statement said that the contract agreement meant that "the 777X and its composite wing will be built in the Puget Sound area by Boeing employees represented by the IAM."

"We're proud to say that together, we'll build the world's next great airplane—the 777X and its new wing – right here,” said Conner, referring to Washington State. “This will put our workforce on the cutting edge of composite technology, while sustaining thousands of local jobs for years to come."

The scramble for the 777X started last November when the Washington state branch of the International Machinist Union rejected Boeing’s contract offer. It said the proposal curtailed too many pension and health-care benefits.

Missouri made a much publicized bid for the 777X to be produced in the St. Louis area. Some of St. Louis' economic development leaders predicted that landing the 777X could bring anywhere from 2,000 to 8,000 jobs to the region. The Missouri General Assembly passed a $1.7 billion expansion of existing tax incentives to lure the 777X to the St. Louis region.  The St. Louis County Council pledged $1.8 billion in tax breaks as well.

But shortly before Christmas, national leaders of the machinist union forced a vote on a revised contract. That took place throughout the day on Friday at union halls across Washington. 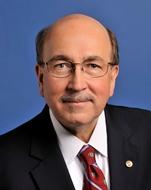 The international machinist leaders and union officials in Washington State were sharply divided over the vote. In a letter to union members, IAM International President Tom Buffenbarger said,  “The timeline for the Puget Sound area is expiring.”

But a letter signed by the “lAM District 751 Leadership Team” says that members need to “look at the facts of the economic destruction you would have to live under for the next 11 years, without any opportunity to change any provisions of the contract.”

Wroblewski said in his statement on Saturday that “all along we knew that our members wanted to build the 777X, and that it was in Boeing’s best interest to have them do it.”

“We recommended that our members reject the offer because we felt that the cost was too high, in terms of our lost pensions and the thousands of dollars in additional health care costs we’ll have to pay each year,” Wroblewski said. “Now, it’s up to all of us now to pull together to make this airplane program successful. I’m confident we will do that, because as we’ve said all along, this is the most-skilled aerospace workforce in the world.”

In a statement issued on early Saturday morning, Gov. Jay Nixon thanked "the members of the General Assembly, our community colleges, and our local partners in business, labor and government for putting together a nationally-recognized proposal that made Missouri one of the finalists for production of the Boeing 777X." 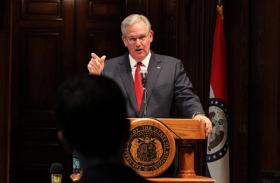 Nixon went onto say that he's looking forward "to continuing our long-standing partnership with this global aerospace leader and building on this solid foundation of growth.”

“These efforts have demonstrated once again that with an outstanding business climate, strong schools and a highly-skilled workforce, Missouri is ready to compete in the 21st century global economy," Nixon said. Boeing’s recent decision to bring more than 700 research and technology jobs to St. Louis is proof positive that Missouri is a top destination for high-tech jobs and investment."

State Sen. Ryan Silvey, R-Clay County, for instance, Tweeted "That moment when your state is used for leverage. Again. #Boeing #BombardierPartDeux." The "#BombardierPartDeux" hashtag was a reference to an unsuccessful push in 2008 to have Bombardier build commercial airplanes near Kansas City's airport.

Jeff Rainford, chief of staff for St. Louis Mayor Francis Slay, took a more philosophical tact. He Tweeted that he was "not surprised by the vote in Puget Sound. Advanced manufacturing jobs just don't grow on trees."

Still, Silvey said that the vote was not a total loss. He Tweeted the “silver lining” with the vote “is that the Special Session proved that the legislature CAN function extremely well.” That’s a reference to how the Boeing incentive package passed overwhelmingly with support of both parties.

Amid Nationwide Scramble, Missouri Seeks To Stand Out To Nab Boeing's 777X

The opportunity was too good to pass up.

When Boeing decided to move production of its 777X passenger plane out of Seattle, states across the country were eager to offer their services. Missouri's political and business leaders were no exception.  They simply couldn't miss out on the chance to cement thousands of high-paying jobs for decades to come.

Missouri Gov. Jay Nixon chose a monument to the space race manufacturing boon as a backdrop to sign into law a $1.7 billion tax incentive package to lure aerospace giant Boeing to the state.

The governor endorsed the tax breaks for production of the company's 777X jetliner Tuesday morning at a bill signing ceremony at the James S. McDonnell Planetarium in St. Louis' Forest Park.

Governor Jay Nixon announced in a press release Thursday that aerospace manufacturing company Boeing will add up to an additional 400 research and technology jobs at its St.Louis County campus.

The new jobs will be part of Boeing's plan to restructure its Research and Technology organization. The company, which employees approximately fifteen thousand workers in Missouri, is being helped in the St. Louis county expansion by the state of Missouri through a package of economic incentives.

Boeing can earn these incentives by meeting job creation and investment criteria.

Boeing bid could impact Mo. regardless

Missouri is in a wait-and-see mode after submitting a bid to Boeing Co. for a new airplane assembly plant.