An organization that aims to help youth deal with the trauma of bullying will host its kickoff event on Saturday.

Mikaylah Norfolk of Florissant founded We Rise Up 4 Kids in June after experiencing intense verbal and physical bullying by a classmate at age 8. Mikaylah says she decided to turn her own trauma into a way to help other kids. 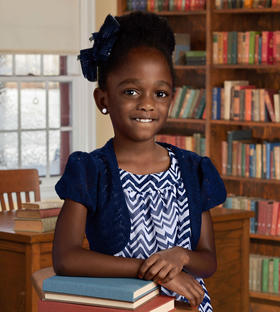 Monique Norfolk, Mikaylah’s mom, is the chair of the organization’s board. She said the kickoff event will be first of several quarterly events where kids can play games, listen to stories by Mikaylah's grandfather, renowned storyteller Bobby Norfolk, and get access to mental health resources.

“There are going to be therapists on site that are going to be doing some hands-on activities with the kids, but also there to enroll them in therapy if they need that,” Norfolk said.

Part of the organization’s mission will include getting students to do community service projects. Norfolk said helping others can be a big part of healing.

We Rise Up 4 Kids, although a young organization, has the goal to reach out and help thousands of children and families who’ve experienced bullying. Norfolk said the community has been supportive of their mission as they tap into what she said is an unmet need.

“That’s why we are partnering with different organizations and we’re getting those resources to the families that need them most,” Norfolk said. “And it shows us that when you really use what you’ve gone through to make an impact in other people’s lives it does make a difference.”

Norfolk said a combination of community support and therapy has given her daughter the strength to open up to others, especially kids.

“Often times especially when there are issues with mental health that involve kids and just people in general tend to feel so isolated and like they can’t share their story,” Norfolk said. “And she has since felt like her story is making such a positive impact,” Norfolk said of Mikaylah.

The main takeaway Norfolk hopes families will get from the kickoff is that they are not alone.

“Hopefully, parents will bring their kids out so that other kids will hear from someone who’s gone through what they’ve gone through,” she said. “And then parents can hear from a child and kind of what they should be looking for, what is needed of them as parents. So I think that’s a critical piece that will also be a part of this.”

The event is Saturday from 1-4 p.m. at the Centennial Commons in Heman Park, 7210 Olive Blvd., University City.