When Missouri Has Injected Midazolam 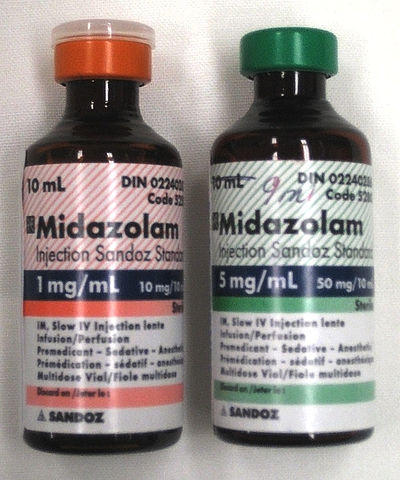 Missouri prison officials said under oath that they would not use midazolam in executions. But a St. Louis Public Radio investigation revealed last week that the state has used it in nine executions since 2013.

Missouri claims it's not an execution drug -- that it's a large dose of a sedative but one that the inmate cannot turn down. The amount the state uses has been increasing, from 2 milligrams to 6 milligrams, and the times the drug is injected varies: John Middleton, executed in July 2014, received a 3 milligram dose five minutes before observers would normally be allowed into the viewing area, and another 3 milligram dose three minutes before his death warrant became valid.

Medical experts and federal judges have criticized Missouri's use of midazolam, calling it "alarming." The Department of Corrections said it did not use the drug in this week's execution of Earl Ringo.

The dots on the graph below show when an inmate is given midazolam and how much he receives. The horizontal black lines represent the execution process for each inmate, and the line ends at the time the inmate was declared dead. The tan box represents the time that observers — journalists, representatives for the victim, and others — are typically allowed to view the inmate, according to an internal document. The vertical white line marks the time the death warrant became valid — when the state was legally allowed to execute the inmate. Pentobarbital, the lethal drug in Missouri's supposed single-drug protocol, is injected after the warrant becomes valid.

Missouri to perform 8th execution of the year

ST. LOUIS (AP) — Missouri is preparing to execute a man convicted of killing two people while robbing a Columbia restaurant in 1998.

Earl Ringo Jr. is scheduled to die at 12:01 a.m. Wednesday at the state prison in Bonne Terre. Ringo would be the eighth person put to death in Missouri this year and the 10th since November.

Missouri Swore It Wouldn’t Use A Controversial Execution Drug. It Did.

(Updated at 10:51 am, Thurs., Sept. 4 with further response from the Department of Corrections)

No state has carried out more executions than Missouri this year. Early this morning, Missouri carried out its eighth execution of 2014.

Earl Ringo was put to death for killing two people during a robbery that went bad in Columbia.