Woes Pile Up For The Man Once Greeted As Savior Of Rural Hospitals | KBIA
Related Program:
Health & Wealth Desk 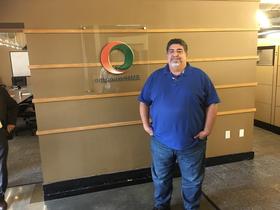 As he fights to retain control of Putnam County Memorial Hospital in Unionville, Missouri, Jorge Perez’s woes continue to pile up at other rural hospitals where he was once hailed as a hero.

Last month, in the second of a three-part series, CBS News aired a piece about Empower, a Perez-run company whose affiliates have been involved in many of the rural hospital takeovers orchestrated by Perez and his associates.

CBS focused on Campbellton-Graceville Hospital in the Florida panhandle, which filed for bankruptcy and shuttered last June, two years after a Perez-affiliated company named People’s Choice Hospitals took over its management. Perez minimized his role at the hospital to CBS – despite having served for a time as its CEO – even after CBS showed him lab contracts he had signed. Perez insisted his signature had been forged.

Perez did not return phone calls from KCUR seeking comment.

Most recently, Blue Cross Blue Shield of Oklahoma said it would no longer include four rural hospitals in its network after it raised concerns about their “questionable” lab billing practices. Those hospitals had been taken over by another outfit tied to Perez, Kansas City-based Rural Community Hospitals of America, which Empower acquired last year.

Last month, the hospital’s now-former CEO, Dan Hiben, received a demand letter from a Tampa, Florida, attorney named Mark T. Blake who said he was a principal with a company called LabMed Services LLC. In the letter, Blake said that Empower and the hospital had billed insurance companies $397,082 from Nov. 1, 2017, through March 9, 2018 and collected $80,524 “pursuant to a clinical blood outreach laboratory program because the hospital does not have the capability or capacity to conduct business” as an accredited clinical blood lab.

“Somehow, someway (sic) you seem to think that the money has fallen like rain into your account,” Blake wrote. “You have a very interesting outreach program overseen by Jorge Perez and Mike Reese.”

He then posed a series of rhetorical questions about what laboratory work the hospital had done and answered each question himself: “No.”

“Whatever’s happening out there somewhere is not happening here,” Hiben said, “and I’m not certain that the story’s being told completely and accurately. At this point I have no issues or concerns. … Everything seems to be functioning quite well. So I don’t know what the issue would be.”

Blake sent an identical letter, except for the billing amounts, to Melanie Ashe, the CEO of Washington County Hospital in Plymouth, North Carolina. Ashe’s secretary said she didn’t recall seeing such a letter and referred inquiries to an attorney for EmpowerHMS, Seldon Childers in Gainesville, Florida.

Blake, reached on two separate occasions at his Tampa office, hung up both times.

Until recently, Blake was a member of the board of the National Alliance of Rural Hospitals, a group chaired by Perez. On its website, the alliance says its mission “is to improve the health of the Nation’s rural citizens by providing leadership on issues unique to rural hospitals through advocacy, communication, education, and legislation.”

Blake and Beau Gertz are the registered agents for LabMed Services LLC and another company called SeroDynamics LLC, both of which received millions of dollars from the lab operation in Putnam County.

Gertz is CEO of Cadira Group Holdings, an LLC registered in Delaware in January. In March, Cadira entered into an asset purchase agreement with Surprise Valley Health Care District, a debt-riddled rural hospital in Cedarville, California.

“In June, a measure will be placed on the ballot asking voters to approve the sale of the (Surprise Valley) Hospital to Cadira in exchange for Cadira’s removal of upwards of over $5 million in Cedarville liabilities,” Gertz wrote on SeroDynamics’ website. (Blake was previously listed as general counsel and chief compliance officer on the website, but that listing has since been removed.)

“If voters do not pass the ballot measure,” Gertz’s post continued, “and the sale of the Hospital and related commitments do not happen, Cedarville will likely lose the Hospital. It’s your choice to make. I hope you will vote for the ballot measure, keep Surprise Valley Hospital open, increase patient care and avoid enormous financial liabilities that no one can afford.”

Gertz could not be reached for comment. But in an interview with community bloggers in Cedarville, he acknowledged a previous relationship with Perez.

“I’m trying to overcome my association with Perez and Empower (HMS),” Gertz was quoted on the blog. “I was a subcontractor of Empower and I ran away as fast as possible when I discovered how they were using hospitals to run offsite labs and that there was no common ownership between the labs and hospitals in Perez and Empower’s business model.

Dan Margolies is a senior reporter and editor for KCUR. You can reach him on Twitter @DanMargolies.

Bram Sable-Smith reports on health for KBIA in Columbia, Mo. and for Side Effects. @besables

No one at the hospital in Fulton, Missouri (population 12,790) had ever heard of a management consultant named Jorge Perez until he showed up at its potluck in September.

A battle royale has erupted in tiny Unionville, Missouri, over the town’s endangered community hospital.

Trustees of Putnam County Memorial Hospital in the north central community are trying to get rid of the company that took over the ailing institution in 2016 and then ran more than $90 million in questionable lab billings through the hospital.