The above is not an updated version of a "Dick and Jane" book that taught a generation how to read in the mid-20th century. Instead, it's a preview of what Mizzou football fans will see Saturday on Faurot Field during the halftime show.

Spot is a four-legged robot at the University of Missouri College of Engineering that was manufactured by Boston Dynamics. Spot will join Marching Mizzou during its halftime show.

Spot's got some moves, too. The robot will dance with the Golden Girls dance squad.

The group has been practicing since the beginning of the semester, said Kristofferson Culmer, assistant engineering professor in the information technology program.

One of the keys was choreographing Spot's routines "and then getting Spot to not just dance but to move in formation with the marching band and with the Golden Girls," Culmer said.

The name "Spot" is actually a production name for all four of Boston Dynamics' robots on the MU campus. The other three robots are owned by the power company Ameren, which operates a nuclear power plant in Callaway County.

So, if Spot can march with a college marching band, what's next — playing an instrument?

Culmer laughed and said, "we can do dancing. Playing an instrument? That's something out of my league at this point." 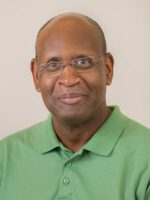