One thing that has always been consistent in my life is the sound of a St. Louis Cardinals game on my grandma Judi Reynold's TV.

“I am a die-hard cardinal’s fan,” Reynolds said. “It started back in the fifties when my dad would take me to the ball games, and that thrill never went away.”

She says that one of the things she loves – besides her team, of course – is broadcaster and former pitcher, Rick Horton.

“I always thought he was cute,” she said. “I just liked him as a player. He always came off as human, down to earth. he just loved the crowd. I just liked him.”

And this doesn't surprise Horton.

Though he was born and raised in New York, Horton said he’s always had a soft spot for the Redbirds.

“I was actually exposed to it, even at a very young age because my grandmother – she was a huge Cardinal fan,” he said. “So, when I was drafted by the Cardinals, she went crazy over that. She thought that was the coolest thing in the world.

Horton said that before he even considered baseball, he spent his childhood focusing on a different sport - basketball.

“I would shoot in the rainstorms and snow,” Horton said. “I just couldn't get enough of basketball – loved basketball. And then when my talent ran out in that, the way to work hard at being an average high school basketball player started translating the hard work into baseball.”

Horton said that as much as he loved baseball, he truly saw sports as a “means to an end” – an opportunity to get a college education.

Which he did. He played baseball and got his degree in engineering from the University of Virginia.

"Joe Buck taught me one thing. He said, ‘Look, I got to tell you something.’ He said ‘you got to stop trying to be a broadcaster, and just be you.’”

And in 1980, he was drafted in the 4th round of the MLB draft by none other than – the St. Louis Cardinals.

“The very first day at Busch Stadium. Darrell Porter was a teammate of mine, and he came over to me it was opening day,” Horton said. “And he showed me the goosebumps on his arm, and he said he'd been playing for 10 years. He said, ‘You will never stop getting this on opening day.’”

During the next few years, Horton played for the Cardinals, the White Sox, and the Dodgers – making three World Series appearances. Twice with the Cardinals in 1985 and 1987, and then pitching for the Dodgers when they won the 1988 series.

Horton said that he then moved into minor league coaching and working for the nonprofit Fellowship of Christian Athletes, and while he enjoyed coaching, it was just too much time away from his family.

And so, he eventually found his way back to Busch Stadium.

“I was still around St. Louis, around the ballpark, and several people – Jack Buck, Joe Buck, Bob Carpenter – said you ought to be doing this and they were kind of stumping on my behalf.”

According to the St. Louis Cardinals, Horton is now entering his 19th season as a broadcaster for the team, and he said that he’s continued to learn from some of the best along the way.

“You know Joe Buck taught me one thing,” Horton said. “We were doing a game together. He said, ‘Look, I got to tell you something.’ He said ‘you got to stop trying to be a broadcaster, and just be you.’”

Horton said that even after 19 seasons, one of the things he loves most about his work is that despite each person’s differences, every cardinal fan has one thing in common: an intense love for their team.

“It's almost like a college town feel when you play baseball for the Cardinals.” Horton said. “Everybody cares about you, and you feel that every place you go – people wearing red and showing up, you know, 40,000 people every night. You go to other cities on the road, and it's not the same.” 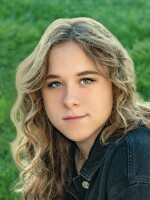