Health & Wealth Desk
KBIA’s Health & Wealth Desk covers the economy and health of rural and underserved communities in Missouri and beyond. The team produces a weekly radio segment, as well as in-depth features and regular blog posts. The reporting desk is funded by a grant from the University of Missouri, and the Missouri Foundation for Health.Contact the Health & Wealth desk.

In June, the Supreme court overturned Roe v. Wade and Missouri quickly followed suit and outlawed nearly all abortions in the state.

While people usually consider this issue closely tied to religion – the National Council of Jewish Women St. Louis strives to protect the interests of women, children, and families.

KBIA’s Katie Quinn spoke to Nancy Litz, the president of the organization about the Dobbs abortion decision and how it effects religious freedoms.

"Referring to it as the separation of “Religion and State” then encompasses Judaism, Islam, Buddhism, and every other faith tradition."

Katie Quinn: Could you explain Judaism’s stance on abortion?

Nancy Litz: In Judaism, our reading of the scriptures tells us that the well-being of the pregnant person absolutely takes precedence over the well-being of an unborn fetus, and that that's just – not only would that cause abortion to be allowable – at the discretion of the person and all the parties involved, but actually mandated when the woman's well-being is being threatened.

Katie Quinn: What is one thing you would like the public to know when it comes to religion and Roe v. Wade?

Nancy Litz: I think the most important thing is to understand that all those certain segments of the religious community speak with a really loud voice, they don't represent a majority or even a plurality.

And that not only do various faith traditions have different beliefs around personhood and the beginning of life and the acceptability of abortion, but that also, within many of the mainline Protestant and even many segments of the Catholic population – [people] absolutely believe that abortion is an acceptable alternative in some or even all circumstances.

Katie Quinn: You know, what has your organization been doing in light of the Roe v. Wade decision?

Nancy Litz: Well, we've always been active in the space of protecting a woman's right to choose. There's a long, long history there.

Number one – we work to support women in accessing medicine abortions, or in seeking abortion care in other areas, to help women in disadvantaged financial circumstances manage those costs.

Nancy Litz: It's certainly a huge issue in terms of the separation of religion and state that's commanded within our Constitution.

Because when minority religious voices take control of elements of our government and then start to impose their faith beliefs on the rest of us – that's a major problem in a supposedly democratic country.

It's the absolute antithesis of the idea of separation of religion and state.

It's interesting that many people use the phrase “Separation of Church and State,” but if you're specific about it, “church” is only terminology within the Christian faith tradition.

So, referring to it as the separation of “Religion and State” then encompasses Judaism, Islam, Buddhism, and every other faith tradition. 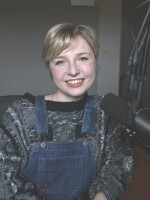