Candidate Conversations
Each election year, KBIA sits down with local candidates to hear what they have to say on their own terms. Some of these candidates you might see on TV every day. Others might be familiar by name only, if that. But KBIA interviews them all so that you can be informed when you go to the polls in November.

Shamon Jones is running against Bob Nolte for Boone County Recorder of Deeds.

Briana Heaney: So let's get into it. What motivated you to run for office as recorder of deeds?

Shamon Jones: I had a little push from some people in the community asked me would I be willing to, to run for recorder of deeds. Also, they kind of reached out to me because of some family research that I was doing at the time. Me and my kids had lost several family members in the last few years. And so one of the ways I tried to mend that and tie generational lines for my family was to start researching my genealogy. And so already digging into local history and history records, and things, they felt that I would be a perfect candidate just because of the passion for history that I hadn't because of what I was currently researching. I felt like it was good timing.

Briana Heaney: So few people can trace like, back into one place that long?

Shamon Jones: Well, and that's what kind of also drove my passion for it. Because especially those in the black community, they don't feel like that they have access to that type of information. Or that, you know, they wouldn't even know where to begin. And so by me doing my own, I learned a lot and was able to share some things with even others in the community about researching their history. And I think that it's important throughout someone's lifetime to feel connected to different generations throughout their family, because it gives them purpose, and it brings kind of healing to.

Yeah, so I actually put it on display. I made copies of everything. And I actually made slides and boards and so for Juneteenth this year I had a booth at Douglass Park and Cosmo Park and displayed those boards of history in it. You can actually teach kind of how to do genealogy through it through the census records and military records and birth certificates, death certificates and learning how to find even the connected family members from those.

Briana Heaney: Okay, so the motto on your website says to make preserve and unlock history. What does that mean to you? And why is it a good motto for your campaign?

Shamon Jones: Because I would be making history, if I won, I would be the first black, I would also be the first Republican, a lot of people don't realize that it's after over 200 years. That democratic office is pretty much had that office. So I'd be the first black and the first Republican. And then as far as preserving history, it's about realizing how important it is to make sure that the record is good, right and accurate. Dealing with my past, you know, family history and researching my own ancestry. And then unlocking history is just unlocking that history through the community through people who don't know that it's available. Because to them, that is a locked door. But sometimes, all we need is awareness to unlock it.

Briana Heaney: Thank you so much Shamon.

Shamon Jones: Thank you so much Briana. 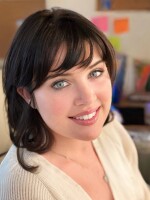 Briana Heaney
Briana Heaney is a senior at the University of Missouri’s journalism school studying cross-platform editing and producing and minoring in economics.
See stories by Briana Heaney
Related Content