The first priority of the MDDOC is access to quality care.

Other priorities in the 2023 session include guardianship, segregation, abuse and neglect.

“There’s just an underrepresentation of the disability voice in legislative issues,” MDDOC Project Coordinator Leigh Anne Haun said. "I think that, fortunately, legislators are really open to hearing those experiences and considering them in legislation, but there's just a lot of barriers facing that community and getting their experiences heard."

The MDDOC is a federally-funded 23-member council appointed by the governor to assure that individuals with developmental disabilities have access to community services and other forms of assistance.

The MDDOC emphasizes individual input and hearing from the community to decide legislative priorities.

“These are informed decisions,” Miranda Frederick, communications coordinator for the MDDOC said. “We created these priorities based on those lived experiences from the council members, or their family members, and then a comprehensive review."

“We are a federally funded organization, and so we do not lobby,” Haun said. “We just provide, again, advocacy and education on these issues.” 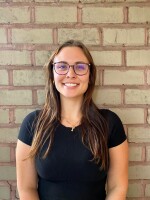