It was the height of WWII when T. S. Eliot published his masterpiece, The Four Quartets (1943). England was locked in a bitter fight with the Nazis. Yet in poems like "Burnt Norton" and "Little Gidding," Eliot pays tribute to that most German composer, Beethoven.  Why would he do this?

Special thanks to Alan Hall at Falling Tree Productions, London, which produced this documentary. Thanks to Rachel Shelley for readings of Eliot's prose/poetry. Included are archival recordings of Beethoven by the Lener Quartet. This documentary was made possible through the University of Brighton Rising Stars award. Thanks to Blue Dot Sessions for additional music.

For more information about Assay: The Journal of Nonfiction Studies visit www.assayjournal.com. 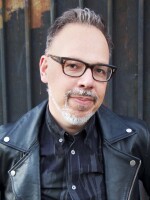 Paul Zakrzewski
Paul Zakrzewski is a writer, book coach and podcaster based in Santa Barbara, CA. He is the editor of Lost Tribe: Jewish Fiction from the Edge (HarperPerennial), and his work has appeared in numerous publications including The New York Times, Washington Post, Boston Globe, as well as online at Brevity, and Essay Daily. Since 2005 he has taught nonfiction writing and literature classes in Lafayette College, the University of the Arts Continuing Education, and elsewhere. A graduate of Cornell University, he has an MFA in Creative Nonfiction from VCFA. More at www.pzak.info.
See stories by Paul Zakrzewski