In a room with a checkered floor that glows eerily under blacklights, games ranging from Pac-Man to newer, shooter games line the walls.

Pinball machines crowd the back corner. The games chirp happily, beckoning customers to play them. Even though it's 2013, this is a bona fide arcade that wouldn't look out of place in the days of Bill and Ted — or even earlier.

Longtime Columbia residents might recognize the name at the entrance rather quickly -- "Gunther’s Games." The popular arcade was a downtown staple from 1980 to 2007, when the original location on Broadway closed. Now, a new arcade with the classic Gunther’s name has opened a couple of blocks away from the original.

Matt Robb is the manager of Gunther’s Games and an arcade aficionado. He can tell you a story about each of the twenty-some games in the downtown building, from the classics to the obscure.

"We’re really confused by this game," he says, gesturing to a pinball game called Fish Tales. "It’s a Williams game, and it is a great game. But having that fishing theme to it — we didn’t know if it would do very well. But this game is hugely popular. We don’t know why.”

Robb started working with arcade games more than two decades ago. What was first a hobby of tinkering with the games eventually turned into a career repairing them. When he was younger and had free time, he’d head to Gunther’s Games to play.

“That’s where I spent my childhood, at the old Gunther’s Games," he says, referring to the building now occupied by Pickleman's Deli. "It was just a huge staple in Columbia, like the Heidelberg or Harpo’s or any of the other big names — Street Side Records — that were always here. It’s where a lot of people spent their childhood or teenage years playing video games.”

That nostalgia moved Robb to jump at the opportunity to run the shop when owner Wes Upchurch asked. Upchurch got the rights to the Gunther’s name from its original owners, who closed the arcade in 2007 to pursue other interests. The new Gunther’s opened about two weeks ago, and Robb says he’s amazed at the amount of business the arcade has received in such a short amount of time. Some old-school gamers visit out of name recognition. But new customers, like Andrew Kapellusch, come to feed their retro-game appetites.

Future plans for the arcade include getting a liquor license. Other plans include opening up a family entertainment center on Paris Road that would feature bowling, laser tag and more arcade games.

This story originally aired as part of Business Beat, a weekly program about business and economics in mid-Missouri. 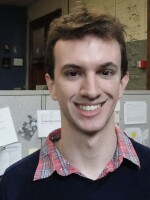