Online outrage is focusing on a central Missouri town and its top law enforcement officers after news of the alleged rape of two teenage girls garnered national attention.

As first reported by KCUR, a 17-year-old football player, Matthew Barnett, was charged with raping Daisy Coleman, 14, after a drunken night at the Barnett home in January 2012. Another boy, Jordan Zech, then 17, was also charged in the case, accused of videotaping Barnett and Coleman on his iPhone.

But all charges were dropped a few months later and the local prosecutor in Nodaway County, Robert Rice, refused to tell the alleged victims' families about his decision. Ultimately, all the charges against the boys were dropped, with Rice claiming there was insufficient evidence to move forward with the case.

Coleman's friend, who was 13 at the time, was also sexually assaulted, but that case was prosecuted and the boy was sentenced to time in a juvenile facility.

The Colemans ultimately moved away from Maryville and said they were driven out of town because of  bullying at school and attacks on social media. Melinda Coleman lost her job as a veterinarian in Maryville and after they moved their home was burned, which Coleman suspects is the work of those who were angry at the family for pressing charges.

Since the story appeared on national news sites like Gawker, Buzzfeed and the New York Daily News, the social media tables have turned and online outrage is now aimed at Barnett, Rice, and the local sheriff, Darren White.

Several protests are also planned -- one set for next week in Maryville -- and there have also been anonymous threats that people will travel to Maryville to seek, as a popular hashtag says, #justice4Daisy.

"If Maryville won't defend these young girls, if the police are too cowardly or corrupt to do their jobs, if justice system has abandoned them, then we will have to stand for them," said this video posted by Anonymous. "Mayor Jim Fall, your hands are dirty. Maryville, expect us."

A Change.org petition is urging Missouri Attorney General, ChrisKosterto investigate, but as KCUR reported this summer, Koster has said he doesn't have the authority to overstep a local prosecutor.

So far, federal authorities have not stepped into the case. In August, Don Ledford, a spokesman for U.S. AttorneyTammy Dickinson, told KCUR that the office has not filed any charges in the case. Ledford couldn't be reached on Monday because of the government shutdown.

The University of Central Missouri, where Barnett now attends college, was bombarded on Facebook, with many posters warning women that an alleged rapist is enrolled there. Barnett's Facebook page was removed, as it was also hit with people who were angry about the story.

For more information, read this timeline of the Maryville sexual assault case. 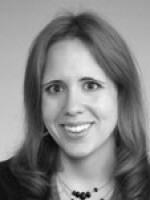 Maria Carter
Maria Carter grew up in a small town in the Missouri Ozarks. She graduated from Reed College in Portland, Ore. with a degree in economics. After a year off, she returned to her home state to study journalism at the University of Missouri, receiving her Master’s degree in 2004.
See stories by Maria Carter

Peggy Lowe
Peggy Lowe joined Harvest Public Media in 2011, returning to the Midwest after 22 years as a journalist in Denver and Southern California. Most recently she was at The Orange County Register, where she was a multimedia producer and writer. In Denver she worked for The Associated Press, The Denver Post and the late, great Rocky Mountain News. She was on the Denver Post team that won the Pulitzer Prize for breaking news coverage of Columbine. Peggy was a Knight-Wallace Fellow at the University of Michigan in 2008-09. She is from O'Neill, the Irish Capital of Nebraska, and now lives in Kansas City. Based at KCUR, Peggy is the analyst for The Harvest Network and often reports for Harvest Public Media.
See stories by Peggy Lowe