Father's Day is on Sunday. What are you and dear ol' dad getting up to this weekend? If you don't feel like rushing out to a department store to get him yet another tie (we're pretty sure he already has too many), an afternoon at the movies could be just the thing — tickets and popcorn on you, of course! He should probably get to pick the flick, too, but there's no shame in nudging him toward a movie that's bound to be good, at least according to Up To Date's Film Critics.

Kathleen Pointer
Kathleen Pointer, the new intern for Up to Date with Steve Kraske, is a 2011 graduate of the University of Missouri-Columbia. There, she studied journalism and women's and gender studies.
See stories by Kathleen Pointer 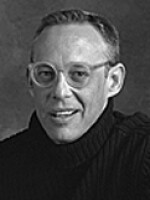 Steve Walker
Since 1998, Steve Walker has contributed stories and interviews about theater, visual arts, and music as an arts reporter at KCUR. He's also one Up to Date's regular trio of critics who discuss the latest in art, independent and documentary films playing on area screens.
See stories by Steve Walker