Lawyers for Missouri’s only abortion provider told a St. Louis Circuit Court judge on Wednesday that it has been unable to renew the clinic’s annual license because state health officials have not followed proper procedures.

Planned Parenthood has asked Judge Michael Stelzer to issue a temporary injunction barring the state Department of Health and Senior Services from delaying or denying a renewed license to Reproductive Health Services of Planned Parenthood of the St. Louis Region.

Jamie Boyer, an attorney for Planned Parenthood, told the judge during a hearing that the department’s efforts to interview independent physicians who work at the clinic have been an obstacle.

Planned Parenthood has said it cannot make those physicians available for interviews and the doctors’ lawyers have advised them not to cooperate.

“Planned Parenthood contends there is no legal authority that allows the department to condition our license renewal on those interviews,” Boyer said.

“We’re trying to get the information we need to commence that process but we haven’t been able to get to that point because of the lack of cooperation,” Sauer said.

In a lawsuit filed last week, Planned Parenthood claims that the state is attempting to shut down the clinic by “unlawfully” tying the routine renewal of its license to the completion of an investigation.

READ MORE: How Laws And Lawsuits Are Changing Abortion Access In MissouriLoading...

Boyer said the clinic must submit to inspections and have an opportunity to correct any problems noted by state inspectors before the department denies it a renewed license.

The clinic’s license was set to expire this past Friday. But Stelzer issued a temporary restraining order that keeps its license in place until he rules on Planned Parenthood’s request for an injunction.

State health officials say Planned Parenthood did not agree until late May to comply with state regulations requiring that doctors give pelvic exams while screening patients before abortions and with a state law that requires that the physician who informs a patient seeking an abortion of its risks also performs the procedure.

Dr. Randall Williams, director of the Department of Health and Senior Services, told reporters after the hearing that state health officials must ensure that the clinic is safe.

Williams, an OB-GYN, said that they want to interview physicians to address issues raised during the investigation’s review of patient records.

“In their own descriptions, the term would be critically ill,” he said of patients.

Lawyers for the department had subpoenaed physicians who worked or work at the clinic, aiming to compel them to testify in court. But Stelzer ruled Tuesday that the doctors should not have to testify because their testimony would not be relevant to the issues before the court. The judge also wrote that requiring the doctors to testify would present "an undue burden and hardship" on them.

Williams, however, told reporters after Wednesday's hearing that state health officials still think they should interview those doctors.

“You’ll have the best answer of trying to get to a better place if you actually talk to the people who actually deliver the care as opposed to people who weren’t involved with the care,” he said.

M'Evie Mead, director of Planned Parenthood Advocates in Missouri, said state health officials need to follow the proper procedures during a review of the clinic's license and allow the organization to address any problems.

"If they have any concerns about health and safety — especially grave concerns — they are obligated to outline them in clear words and say, 'this is a deficiency,'" Mead said. "They have not done that."

The legal battle follows a decision by Republican Gov. Mike Parson to sign a law that outlaws abortion after eight weeks of pregnancy.

If the clinic closes, Missouri would become the first state without an abortion clinic. Planned Parenthood officials have said the state is trying to end access to abortion even before there is a challenge to Supreme Court’s 1973 ruling in Roe v. Wade, which legalized abortion nationwide.

Williams said that is not the focus of the state’s investigation.

“We think access is incredibly important,” he said. "We can never sacrifice access at the expense of safety.”

Stelzer did not say when he will rule on the case. 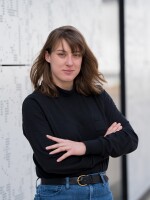 Sarah Fentem
Sarah Fentem reports on sickness and health as part of St. Louis Public Radio’s news team. She previously spent five years reporting for different NPR stations in Indiana, immersing herself deep, deep into an insurance policy beat from which she may never fully recover. A longitme NPR listener, she grew up hearing WQUB in Quincy, Illinois, which is now owned by STLPR. She lives in the Kingshighway Hills neighborhood, and in her spare time likes to watch old sitcoms, meticulously clean and organize her home and go on outdoor adventures with her fiancé Elliot. She has a cat, Lil Rock, and a dog, Ginger.
See stories by Sarah Fentem
Beth Hundsdorfer