St. Louis Board of Aldermen President Lewis Reed officially announced he is running for mayor of St. Louis.

“I have heard you loud and clear,” Reed said in a tweet. “I am excited and honored to file for office on Monday as your next mayor.”

Reed said the support he’s received inspired him to run. He said the coronavirus pandemic and wanting to focus on an eventual recovery also influenced him.

“We have a ton of rebuilding to do post-coronavirus,” Reed said Sunday. “It’s going to take some mileage and some skills and some experience to get us through that.”

Reed said that if elected, he also wants to focus on police reform and economic empowerment, among other issues.

Reed thanked his supporters in a video posted on Twitter.

“We’ve got a ton of people who are out there volunteering,” Reed said in the video. “It really moves me, and I’m just so thankful to see just that inspiring support that’s just growing up for this upcoming election.”

City voters will participate in a nonpartisan approval voting system after Proposition D passed in November. Voters can choose as many candidates as they want, and then the top two will compete in a general election in April.

Reed unsuccessfully ran for mayor in 2013. He ran again in 2017, finishing third with about 18% of the vote behind Jones and Krewson.

Chad Davis
Chad Davis is a 2016 graduate of Truman State University where he studied Public Communication and English. At Truman State, Chad served as the executive producer of the on-campus news station, TMN Television. In 2017, Chad joined the St. Louis Public Radio team as the fourth Race and Culture Diversity Fellow. Chad is a native of St. Louis and is a huge hip- hop, r&b, and pop music fan. He also enjoys graphic design, pop culture, film, and comedy.
See stories by Chad Davis 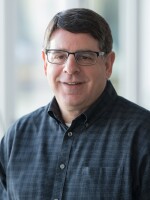 Fred Ehrlich
Fred Ehrlich was named politics editor at St. Louis Public Radio in January 2018. His editing experience includes long stints at the Belleville News-Democrat and St. Louis Post-Dispatch. He is a proud Badger having graduated from the University of Wisconsin-Madison with a degree in journalism and political science. Fred grew up in New Jersey as a huge Yankees fan but after 28 years in the St. Louis area he has adopted the Cardinals as his National League team. He fondly hopes for a rematch of the 1964 World Series in the Best Baseball Town in America.
See stories by Fred Ehrlich