When Kansas City designed a climate plan, its hands were tied by a 2021 Missouri law

The Kansas City Council in late August passed a climate plan intended to drive the city toward a more sustainable future, with goals of becoming “climate neutral” by 2040. Stakeholders from the community worked Kansas City’s 133-page Climate Protection and Resiliency Plan for two years, but it was adopted not as a set policy for the city to follow, but as a road map.

That’s because a 2021 Missouri law ties the hands of cities in some respects as they seek to reduce their dependence on coal-powered electricity and reduce greenhouse gas emissions.

The law, which passed the legislature as HB 734, prohibits cities and municipalities from adopting any policies that remove access to a utility service based on the type of energy it provides.

Missouri’s law prevents cities from changing utility hookup requirements in things like their building codes. For example, a city in Missouri can no longer pass an ordinance banning new buildings from using natural gas.

Called a preemption law, the concept is supported by natural gas utilities nationwide as more cities seek to adopt legislation in an effort to reduce carbon emissions.

Missouri’s gas companies, including Spire, which serves the Kansas City area, testified in support of the 2021 preemption law. But advocates in support of Kansas City’s climate plan across the state say the move is detrimental to the state’s long-term success in mitigating the effects of climate change.

Robin Ganahl, chair of the city’s climate protection steering committee and leader of KC Mothers Out Front, told The Beacon that the threat of the preemption bill was present throughout the climate plan drafting process. She said the committee is confident the proposed plan falls within the state statute.

“We knew that we could not include a strategy in the plan to pass an ordinance to ban natural gas in new buildings,” Ganahl said. “So that was taken off the table as a tool that the City Council could use.”

Groups against the preemption law claimed before its passage that it “would slow down the deployment of clean energy technologies, prevent localities from leading the way on building decarbonization, and keep Missourians hooked on fossil fuels — even if there is strong local support for climate action and clean energy.”

As states like California and Washington act to limit the use of certain types of energy, Missouri and others are moving in the opposite direction. Missouri is one of 20 states that have passed laws preempting cities from restricting access to fossil fuels. Bills introduced in 2021 in Utah and Georgia had almost identical language to the Missouri legislation.

According to an S&P Global report, the 20 states accounted for 30% of U.S. residential and commercial gas consumption in 2019.

Rep. Ron Hicks, a Republican from Defiance, introduced a version of the bill in 2021. He said the bill did not come from a constituent concern, but was inspired by actions taken in other states to scale back on certain forms of utility usage.

“It was not based on a problem that I have in my constituency in my district. No one has come to me and said there’s a problem,” Hicks said during the February 2021 hearing. “What we’re trying to do is just step and stay ahead of situations and just make this a level playing field for all. There’s no way one entity is going to supersede another or anything like that.”

In testimony on Hicks’ plan, the American Petroleum Institute outlined its support for the measure.

“Bans on natural gas would prevent Missouri families from using a domestically produced, clean, affordable and reliable fuel source to heat their homes and cook their food,” the group said in written testimony. “It is imperative that natural gas is able to remain a part of the climate solution and that policymakers and regulators work with the industry to ensure access to reliable and affordable American energy.”

Sanderson, who also sat on the city’s climate protection steering committee, said the preemption law makes it more difficult for cities to address their own issues and contradicts the idea of local control.

“At the city and local level, they’re supposed to be able to pass building codes, have a baseline of energy efficiency,” she said. “That was always their responsibility, but the state legislature ended up coming in and making it so the city can’t legally do that with regards to electrification and gas.”

The Inflation Reduction Act, a large piece of legislation recently passed by Congress and signed into law by President Joe Biden, is giving climate activists hope of working around Missouri’s preemption law.

Ganahl and Sanderson both said the new federal law will supply cities with extra funding to provide incentives for things like retrofitting homes, installing heat pumps and making other energy-efficient changes.

Sanderson said the committee repeatedly touted the potential of the Inflation Reduction Act and the funding that will come with it as Kansas City’s climate plan was in the works. “We’ve got this opportunity, we’ve got this chunk of change to make switching from gas to electric easier for mid- to low-income houses,” she said.

Ganahl said providing education and incentives around electrification is the best way to encourage long-term planning for metro families.

“People need to know that if they need to replace a stove, water heater, furnace or AC unit even in the next five years, that for climate and affordability they should be looking at modern, efficient electric alternatives like heat pumps in place of AC units, heat pump water heaters and induction stoves,” she said. The city, to the extent it can, should be helping people afford to make that change so that we stay on track to get to net zero by 2040.”

Missouri has entertained other preemption laws to thwart climate-friendly efforts by cities. In 2015, the legislature barred cities from banning or requiring a fee for the use of paper or plastic bags in grocery stores. The legislature overrode then-Gov. Jay Nixon’s veto of the measure.

This story was originally published on the Kansas City Beacon, a fellow member of the KC Media Collective. 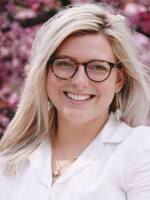 Meg Cunningham
Meg Cunningham is a senior convergence journalism major with an emphasis in investigative reporting from Kansas City, Missouri. She is interested in policy and data reporting and how to effectively engage audiences. She has reported on a variety of topics in the mid-Missouri area, including Medicaid coverage and drinking water quality. She was recently awarded the RJI Student Innovation Fellowship, where she will work at the Washington bureau of ABC as a political reporting fellow.
See stories by Meg Cunningham