The five and a half ton red granite boulder known as Confederate Rock moved on Saturday to what some hope will be its final resting place, the Battle of Centralia historic site.

The controversial monument, which honors Boone County’s Confederate soldiers, has been outside the county courthouse since 1975. It was moved there after a group of black students at MU protested its location near Ellis Library, where it was first dedicated by the United Daughters of the Confederacy in 1935.

County commissioners voted in July to move the rock to the civil war-era battlefield after an MU graduate, Tommy Thomas III, requested its removal with an online petition that gained support from more than 200 community members.

“That’s not something you should have in front of a place of law that everyone has to come into,” Thomas said. “It sends a subliminal white supremacy message that you’re not valued here, you’re not going to get a fair chance.”

The petition also came in the aftermath of the racially-charged shooting at Emanuel AME Church in Charleston this summer, which raised national questions about the use of Confederate symbolism.

The rock’s new home in Centralia was the site of an 1865 battle where nearly 400 Confederate guerilla soldiers ambushed and massacred a Union force less than half its size. The commission decided the battlefield was a more fitting location for the monument.

“Having the rock at the entrance of the courthouse creates something that is in dissonance with the principles of what this country was founded on,” District II Commissioner Janet Thompson said at the July meeting. “I too am in support of moving it to a historical place where we can learn from our history and say thank you for your service, but not in a courthouse.”

Jack Chance, president of Friends of the Centralia Battlefield, offered up the site as the new home for the monument. While he doesn’t think the courthouse was an inappropriate location, he says a civil war-related spot is the next best place.

“We need to preserve history, whether we like it or not,” Chance said. “The commission wanted to move it, and I definitely think our battlefield is a proper place for it.”

Bob Davidson, the facilities maintenance supervisor for Boone County, said that the move cost the county $2,500.

“I had some fears before that with the fissures that were in the rock that we could have little pieces of it break off, but it was very stable and stayed together” during the move, Davidson said. “You can’t even tell that it was moved.”

Even with Saturday’s move, Thomas says there’s a ways to go before Missouri’s history is fairly represented. 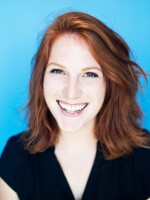